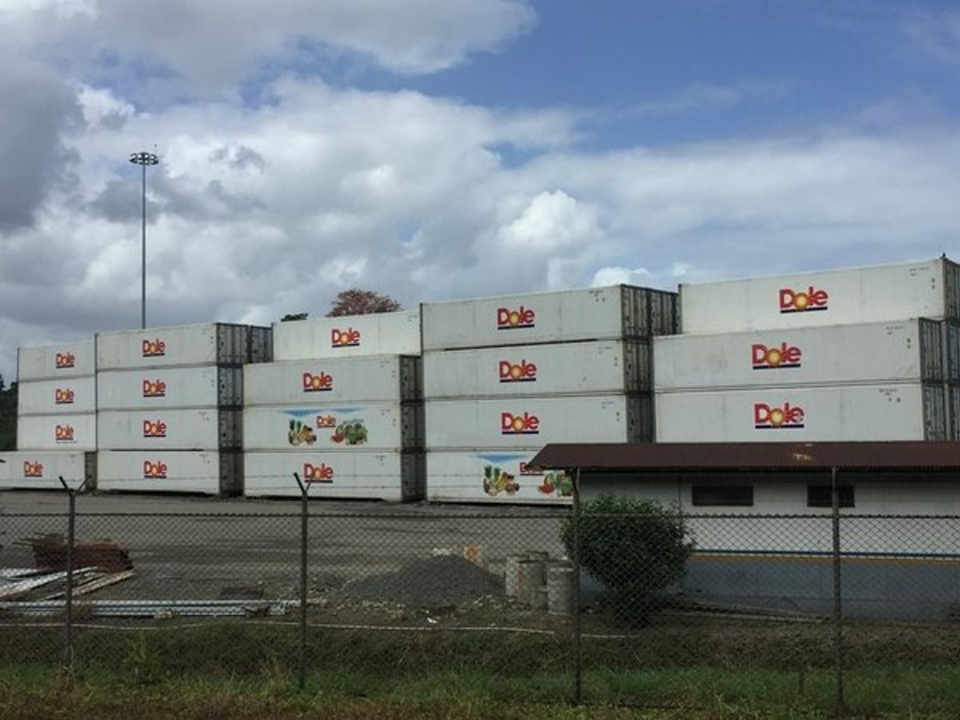 The Standard Fruit Company of Costa Rica, a subsidiary of Dole, announced this Thursday, January 24, the closure of its work center, which includes the Operations, Terminal and Workshop Department in Limón, due to the start of operations of the  Moín Container Terminal (TCM). 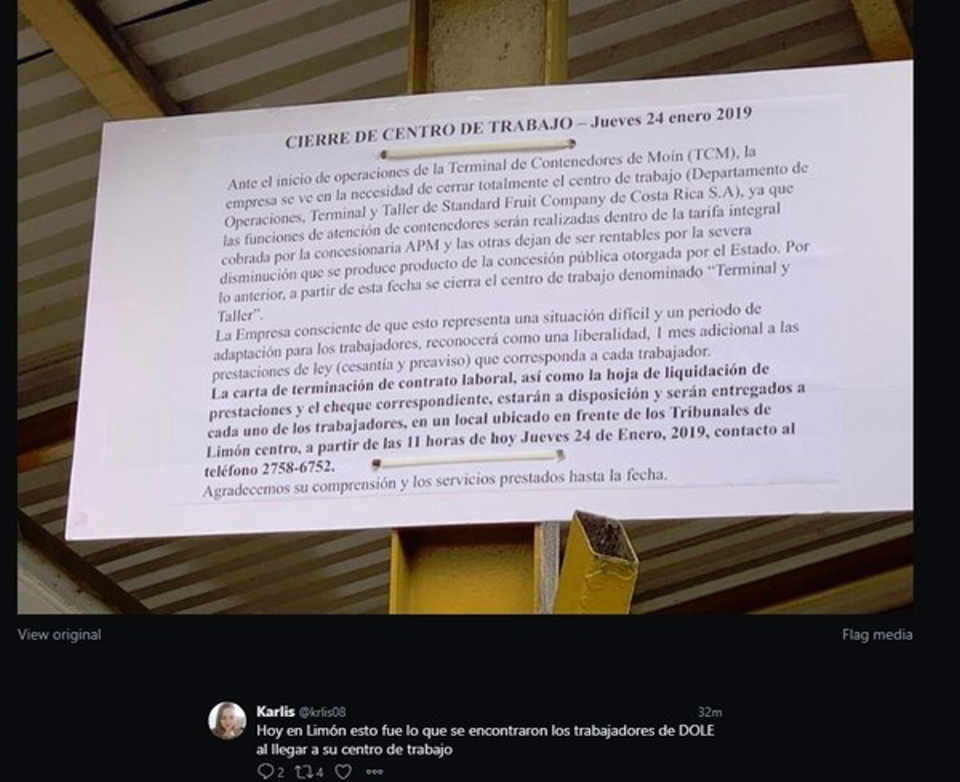 The closing affects some 200 workers.

The company said it could not justify maintaining two work centers and is giving workers one additional month of severance pay above that required by law.

“The Company, aware that this represents a difficult situation and a period of adaptation for workers, will recognize as a liberality, a month in addition to the benefits of law (severance and notice) that corresponds to each worker,” the company said in the statement announcing the closing of the plant.

The severance payment is available to each worker immediately.

“We knew it was going to happen, it’s just the tip of the iceberg of what’s going to come to Limón in the next few months, with the opening of the new APM Terminal, we had announced it in the Legislative Assembly,” David Gourzong, legislator for the Partido Liberacion Nacional (PLN).

The Ministry of Labor was also by surprise by the company announcement, saying they will meet with company representatives learn firsthand the real situation of the company.

The Ministry said, as in all cases, workers can visit one of its offices to calculating their severance pay and help, though its buscoempleo.go.cr website, to find new employment.

A 5.1-magnitude earthquake shook Costa Rica this morning at 8:33 am...
Read more

Almost six tons of cocaine headed for the European market were...
Read more