Stone Walls A Part of History 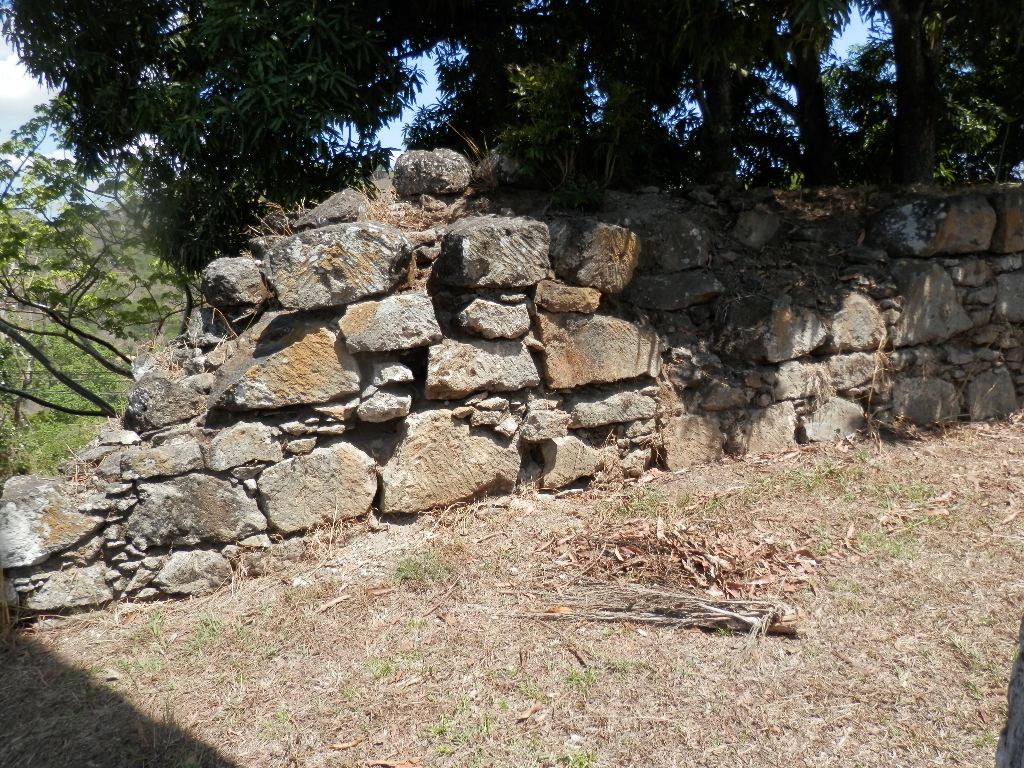 QCOSTARICA byMitzi Stark – In sight of the busy highway on the way to Atenas and Jacó the remnants of an old stone wall can barely be seen from the windows of a car or bus this was once a very important part of the history of Costa Rica.

As a highway patrol and quarters for soldiers, the site was used as long ago as 1770 but the buildings, a customs house and home for a platoon of soldiers was built under the presidency of Braulio Carrillo in the 1840’s. The building was made of stone and measured about 80 feet by 160 feet and had a roof of wood and tiles. This was frontier land. Gold was discovered and mined in the nearby Monte de Aguacate and the first coins were minted nearby. Crime was not unknown. 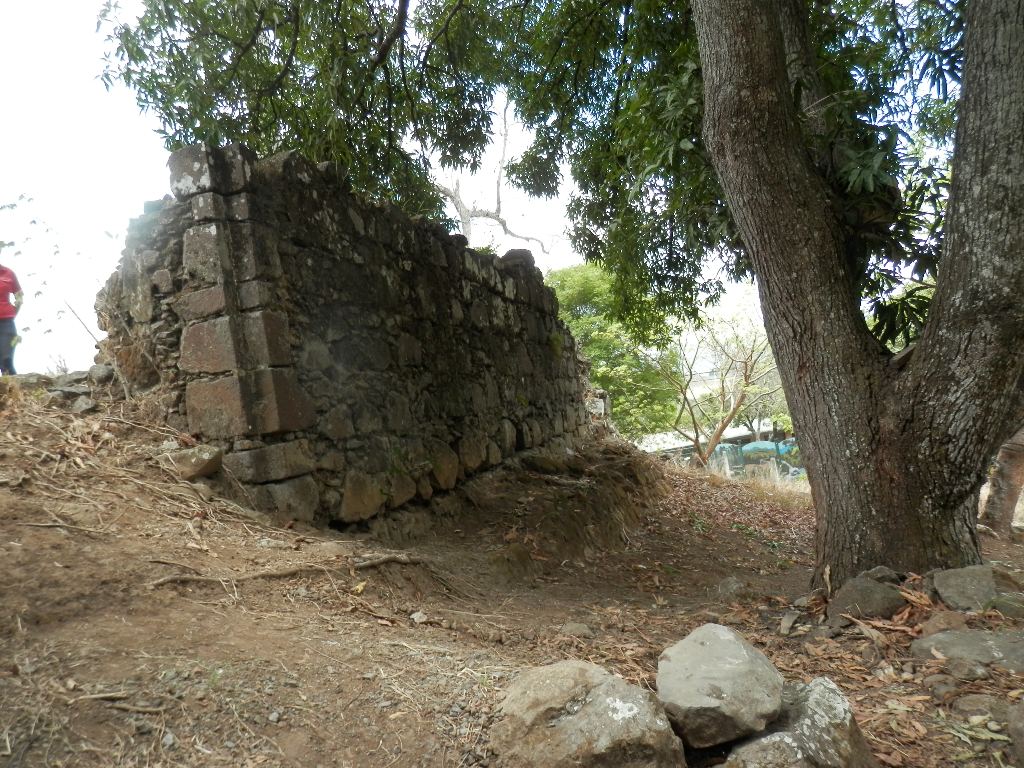 The highway was much higher then and certainly much rougher, being made of stones and dirt, but it was the route of the coffee caravans to the port of Puntarenas.

By the 1840’s Costa Rica was busy with growing and exporting coffee to Europe and North America and money was flowing in. . .and out as the demand for imported goods grew. Carts hauled by oxen brought tools, cloth, fancy goods for homes and manufactured goods for the farms and factories, metal plates for building the metallic school in San Jose, rifles for the army and much, much more. The government needed money and collecting a tax on all the imported goods was one way to earn it. 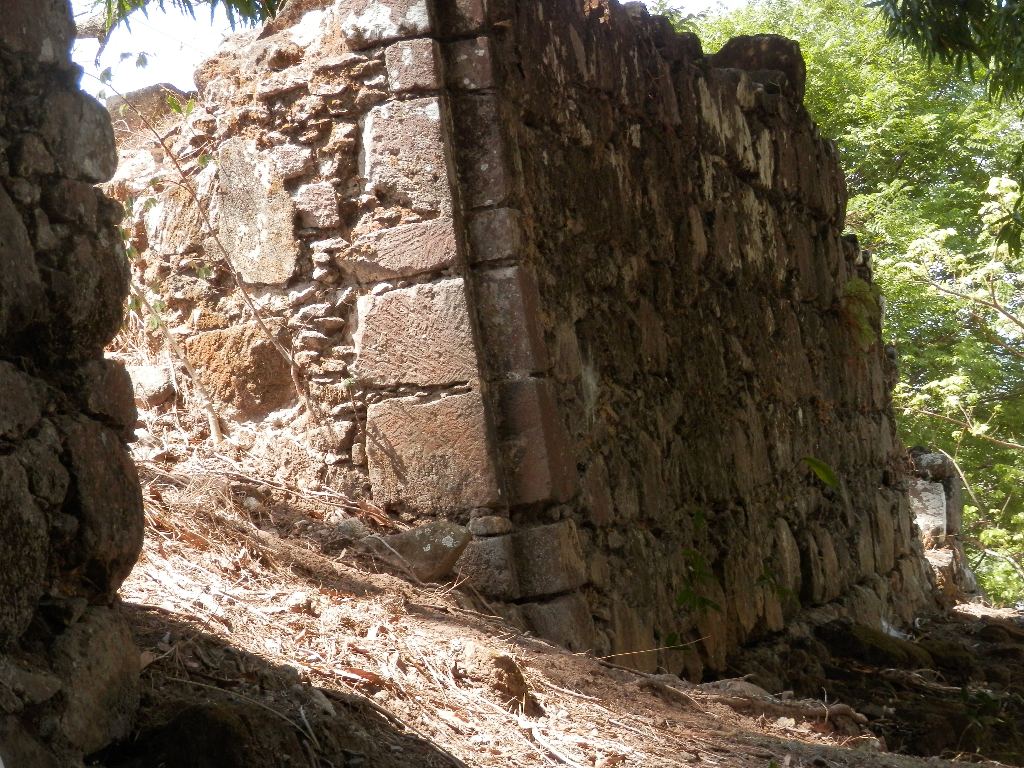 In 1856 war broke out as William Walker, a southerner from the United States, and his mercenary army of filibusters invaded Guanacaste in his effort to create slave states for the U.S.

Tico soldiers and recruits answered the call of president Mora to repel the invaders and save Costa Rica’s independence.

The war consisted of several important skirmishes in Santa Rosa, Guanacaste and Rivas in Nicaragua, and a second campaign to clear Walkers army from the San Juan river. At last, on May 1, 1857, the soldiers could withdraw and return to their homes in the Central Valley. On May 12, 1857 president Mora met them at this very point to praise them and show his gratitude.

Although only some of the stone walls remain, the 169th anniversary of this historic meeting was celebrated by a visit from the sixth grade of the Ricardo Fernando Guardia school in La Garita and historian Ronald Castro who explained the role of the site where the president Mora met the victorious army of the Campaign of 56.

The stone walls are seen as you travel toward Atenas on route 27 about a kilometer west of the Fiesta de Maiz restaurant and rest stop, just east of the curves leading down to the river. 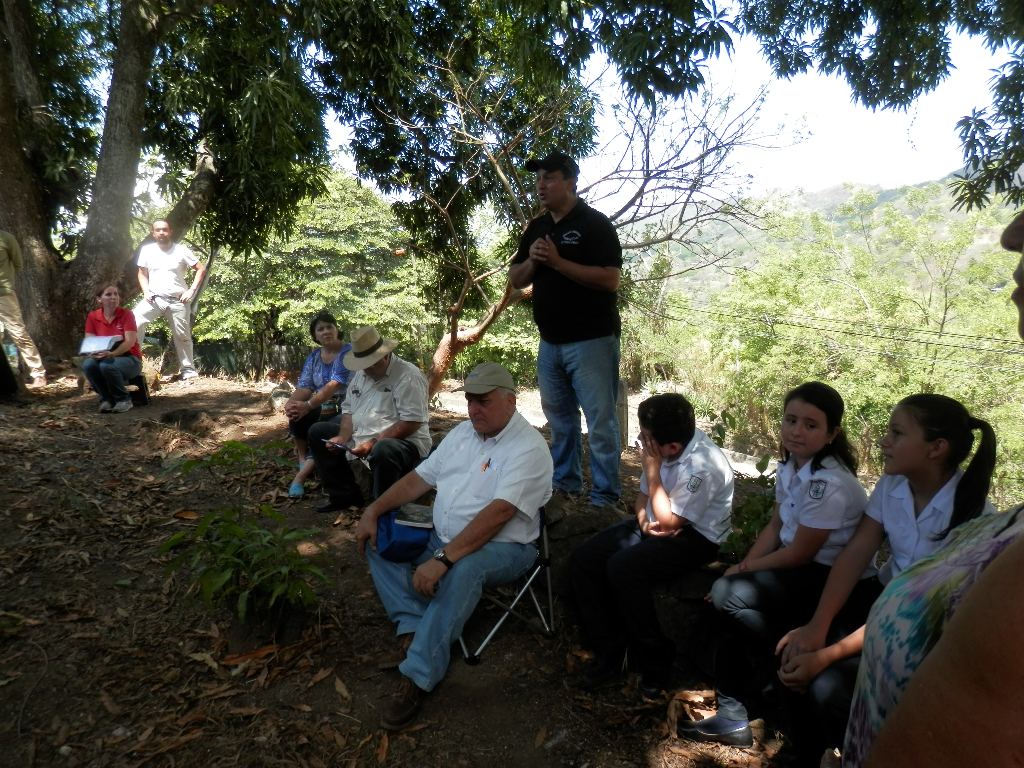 Historian Ronald Castro leads walking tours of Alajuela, in English or Spanish, at ¢5.000 per person. Contact him at alajuelahistorica@gmail.com

- Advertisement -
Paying the bills
Previous articleWhere rain forest meets seashore: In Costa Rica, do it all without breaking the bank
Next articleCerro Dragón – Aserrí: League of Oranges