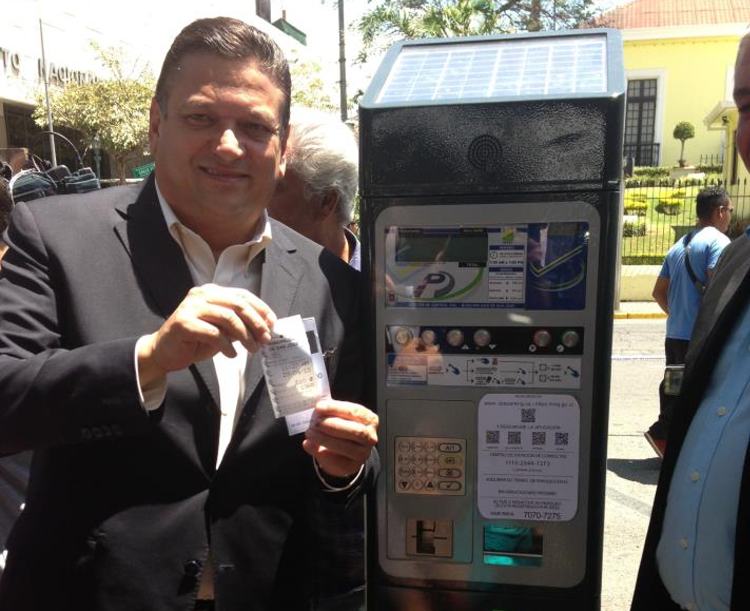 Starting Monday street parking in San José will be by electronic meter only, eliminating entirely the system of “boletas”.  The new electronic meters starting working a week ago, however users of the old style “boletas” had all week to use them up.

So, what happens to those drivers or vehicle owners who still have unused boletas? The Municipalidad de San José assures that it will issue refunds.

The mayor’s office has confirmed that starting Monday refunds will be available at the claims window on the first floor of the municipal offices, from 7:30am to 4pm.

The new electronic parking system has five different methods of payment: by credit or debit card (though this service was still not working as of Saturday), prepaid scratch off cards obtainable from the BN Servicios, a CPS user code via SMS messaging at 7070-2775 and a CPS user code by way of an app available for iOS (iPhone) and Android smartphones. To use the CPS cellular parking system users have to register at the CPS Parking website (operator from Toronto, Canada).

Click here for the video (in Spanish only) on using the new parking meter.

Street parking in the city of San José is controlled between 7am and 7pm from Monday to Saturday. The cost is ¢225 colones for each half hour and the fine for an expired meter is ¢5.100 colones.

Editors note: The Policia de Transito (traffic police) DO NOT control street parking, the job is left up to the local municipal police departments (if one exists). The Tránsitos, however, can ticket vehicles improperly parked, ie at yellow curb, blocking traffic. Confusing? Just don’t park where you are not supposed to.