Strike Affects Limon Docks and Fuel Supply Throughout The Country

QCOSTARICA – With only a few hours in, the national strike today led by a group of public sector unions under the collective umbrella “Patria Justa”, has already affected port operations in Limon and the fuel supply throughout the country.

In Limon, workers of the Junta de Administración Portuaria y de Desarrollo Económico de la Vertiente Atlántica (Sintrajap) walked off the job, forcing the closure of the ports at 5:40am, while at least two ships were in dock.

An hour later, officers of the Grupo de Apoyo Operacional (GAO) – a specialized police unit – took control of the ports. The police action did not encounter any opposition, no violence was reported.

Security Minister Gustavo Mata, said the GAO has control of the Moin, Limon and Aleman docks and the Ochomogo, Limon and Puntarenas, among others, installations operated by the Refinería Costarricense de Petróleo (RECOPE).

Mata emphasized the police action at RECOPE installations were peaceful.

However, the flow of fuel from the RECOPE continues suspended as authorities look to workers willing to break the strike and external staff. In Ochomogo (Cartago), fuel trucks are queued, waiting for authorities to re-open the plant.

In San Jose, the Instituto Costarricense de Electricidad (ICE) main building in La Sabana is open (as of 8:30am), as dozens of workers in their typical yellow protest shirts start to gather outside.

Besides the Limon ports, the RECOPE installations and ICE, the strike is expected to affect essential services in hospitals and government offices.

The Policia de Transito (Traffic Police) are on full alert, keeping vigilance at crucial intersections like the Cruce de Manolos in Alajuela, where a RECOPE plant is located; the area around the international airport; the autopista General Cañas leading into San Jose; the Ruta 27 (San Jose – Puntarenas), the Ruta 32 (San Jose – Limon); and the Circunvalacion (ring road).

The majority of the protestors are expected to take over Paseo Colon and Avenida Central, with a major congregation expected in front of the Ministerio de Hacienda (Ministry of Finance) building in the heart of the country’s capital city.

The docks at Moin and Limon. 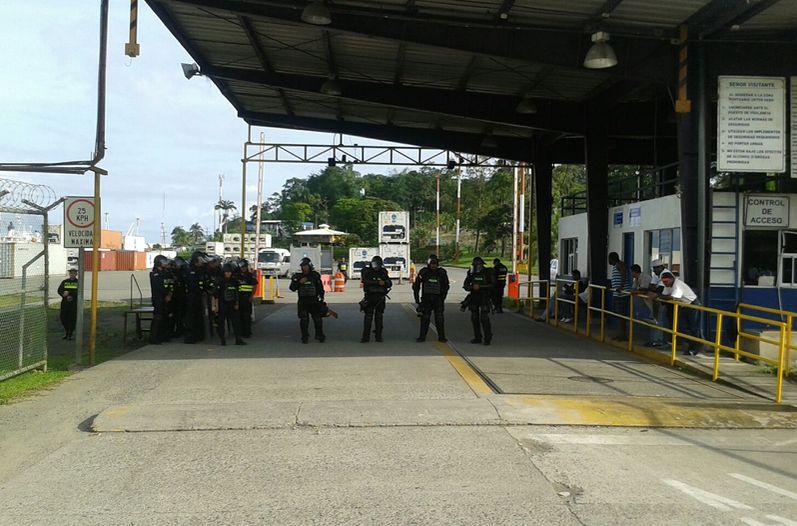 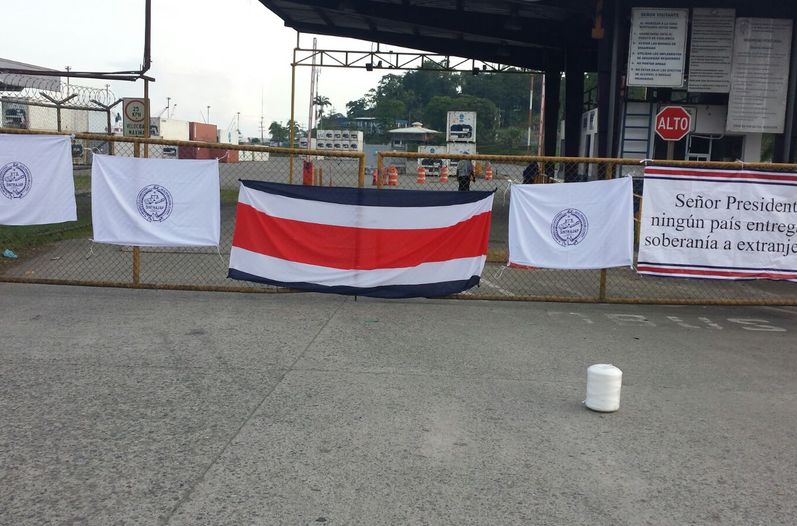 The news on the strike today is developing.