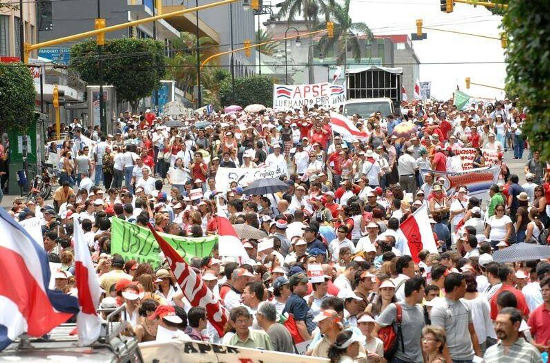 Teachers who took to the streets to protest their  non-payment of salaries have been targeted by petty street thieves and pickpockets or carteristas in Spanish.

The Fuerza Pública (police) confirmed 162 arrests (La Nacion) made during the protest marches in San José that began on May 5. 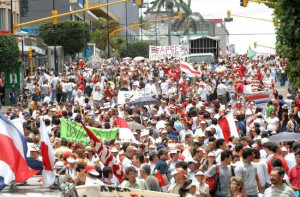 Police have been vigilant during the protests in many communities througout the country, with the greatest concentration in San José, as they are aware of the petty criminals or scoundrels (sinvergüenzas in Spanish) taking advantage of the mass protests.

Purses, wallets, cellular phones, cameras and even tablets are among the favourite items by the scoundrels, according to José Juan Andrade, the head of the Fuerza Pública.

Although pickpocketing is becoming more common during mass gatherings, it can occur anywhere, anytime, while strolling the Bulevar (Avenida Central) or the La Sabana park.

Avoiding the carteristas:
Unfortunately, not all are honest, and it takes only one person to ruin an outing. Whether you’re traveling or venturing into a crowded place or an event near home, taking a little care to guard your valuables can help to keep your belongings as your own.

Here is our list of some things you can do to avoid being pocketed in Costa Rica:

Use the comments section below for your advice or  share your pickpocketing in Costa Rica story.