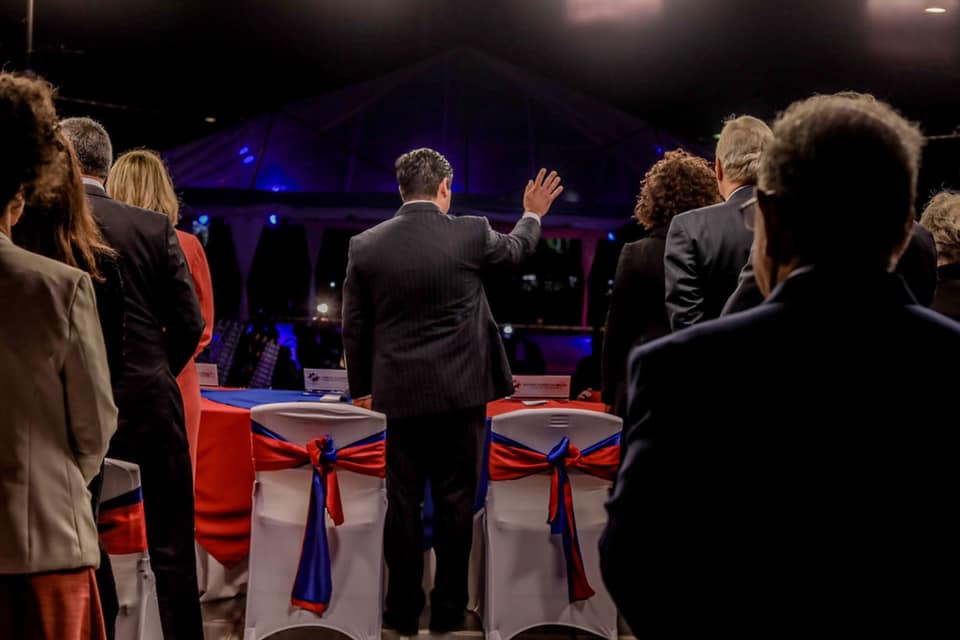 Fearing protests or possibly worse, violence, the Plaza Mayor y las Ruinas, in Cartago, Saturday night, September 14,  was guarded with a strong police operation, that including preventing pedestrian and vehicular traffic in the vicinity of one of the main platforms, President Carlos Alvarado and government representatives stood in commemoration of Costa Rica’s independence ceremony.

The police operation, that included officials of the Fuerza Publica (National Police), with the support from other police bodies such as the Grupo Operacional de Apoyo (GAO) – the tactical police unit or SWAT if you will, the Dirección de Inteligencia y Seguridad (DIS) – the intelligence police of the Presidency and the Policía Municipal de Cartago – municipal police, started at around 4:00 pm, hours ahead of the arrival of the antorcha (torch) and government officials.

Last year, faced with protests against the tax reform, and the national strike, among other issues, the government of Carlos Alvarado broke with the tradition and held the cabinet meeting following the ceremony behind closed doors.

The president and his government received strong criticism from the public. This year, 2019, it was held in open public.

“We have the operational capacity to respond in any situation. And the most important thing is that our president can hold his cabinet meeting in calm, peace and peaceful coexistence, ” said Ericka Madriz, head of the Fuerza Publica in Cartago, earlier in the day on Saturday.

“The possibility of such manifestations occurring was taken into account in the planning process,” added Madriz.

On Sunday, President Alvarado, the first lady, Claudia Dobles and a variety of government officials, legislators and dignitaries, moved about the various ceremonies in downtown San Jose, without any incident.

Or a visible police presence.

- Advertisement -
Paying the bills
Previous articleCelebrating Costa Rica’s 198th!
Next articleSpecial Day For Newborns on The 15th In Heredia