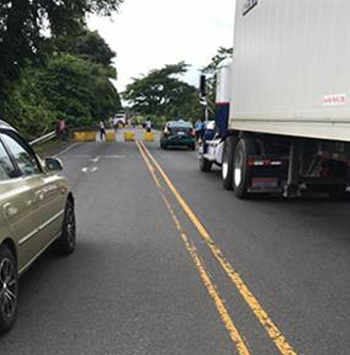 The student demonstrations announced for today, Monday, have begun to generate traffic problems in different parts of the country. 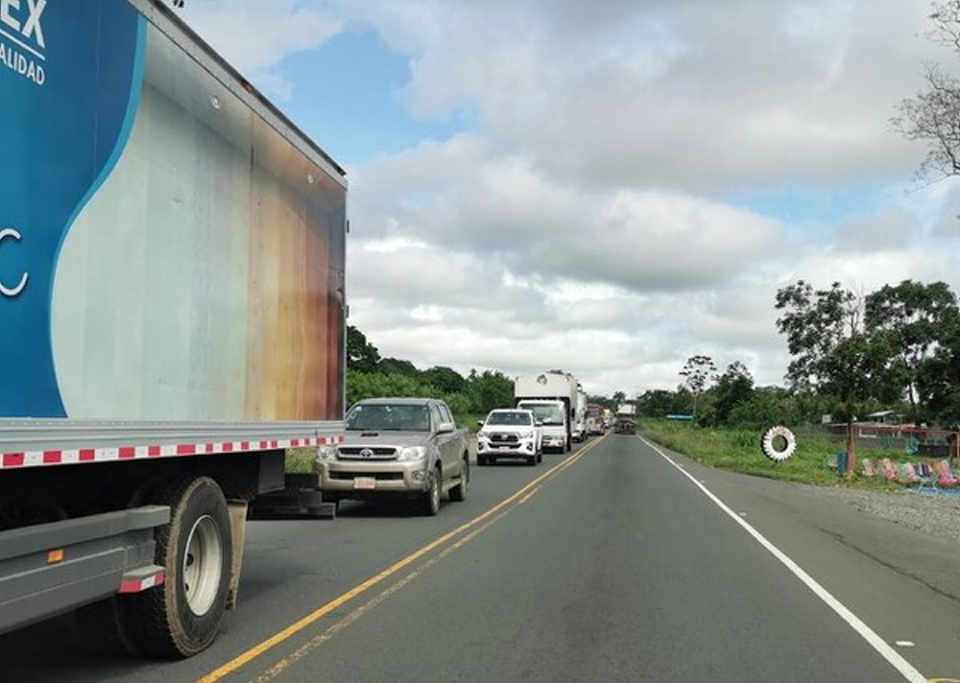 In Guácimo de Limón, on the Ruta 32, a group of students keeps the passage through that sector blocked, while in El Roble de Puntarenas students are causing havoc on both sides of the road with “tortuguismo” – moving at crawl speeds.

Students are protesting against MEP programs such as Dual Education or the FARO National Exams, initiatives that the new Minister of Public Education, Giselle Cruz, assured last weel will be maintained.

Cruz made a call this morning to the parents to watch over the presence of their children in the classrooms and thus stay away from the streets.

On the Ruta 32, the protests by students of the Colegio de Guácimo began around 8:30 am, causing traffic to back up for kilometers on either side of the Guacimo river.

The site was chosen for the lack of an alternate route. 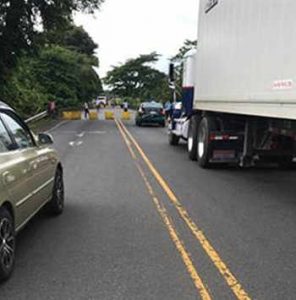 Passage through the site was intermittently opened for minutes at a time, while the Fuerza Publica (national police) looks on, powerless to intervene.

The Ruta 32 is an important route where 80% of the country’s exports and imports move through on their way to or from the ports of Limon.

This morning, the schools returned to normal after the two week mid-year vacation period.

- Advertisement -
Paying the bills
Previous articleWhat is Considered Normal In Costa Rica, But Not Accepted By Foreigners
Next articleMunicipal Workers Protest In Front Of Ministry of Finance

QCOSTARICA - Despite the call for a national strike,...
Honduras