The students protested in downtown San Jose, urging legislators approve a law that would allocate 1.5% of the country’s GDP for higher education in the 2018 national budget, instead of the 1.38% proposed by the government of President Luis Guillermo Solis.

Costa Rica’s Constitution calls for 8% of the gross national product (GDP) be granted for public education, of which 1.5% would correspond to the Special Fund for Higher Education (FEES) of universities.

For the most part, the protests took place in front of the Legislative Assembly building and the Plaza de la Democracia, and spilling over onto some of the downtown streets. 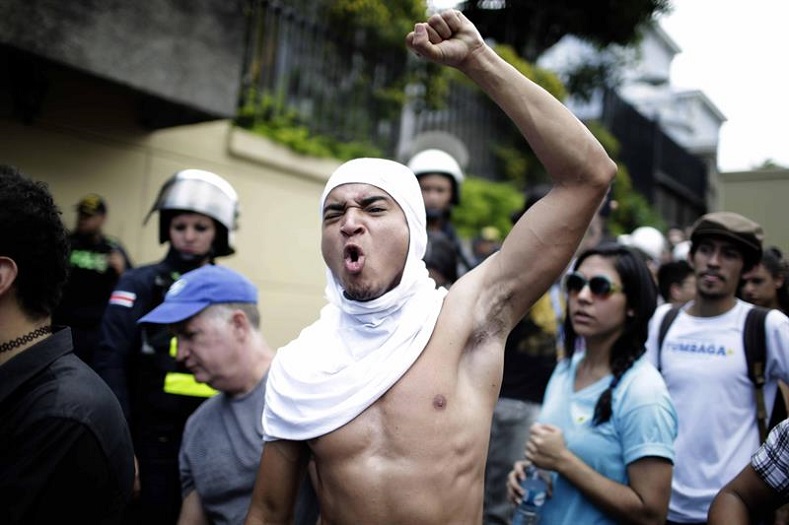 A student chants and leads a march at a protest in San Jose on September 12, 2017. Photo: EFE

QCOSTARICA - In an editorial by La Nacion published...
Health