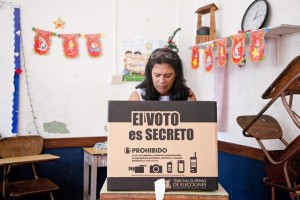 Luis Antonio Sobrado, president of the TSE, said that the majority of Costa Ricans abroad live in the northeast of the United States, that was hit by a lot of snow last weekend. The Superbowl game played on Sunday also had a hand in people staying home rather than to go out and vote.

Another factor that could have contributed to the poor voter turnout is the start of the Chinese New Year celebrations, making voting in Beijing difficult.

“I do not have definitive conclusions, it appears the climate in the northern United States, where some of the most important voting booths were, there was rough weather with freezing temperatures,” said Sobrado.

On Sunday, April 6, Ticos abroad will join the more than 3 million in Costa Rica in the run off election between Luis Guillermo Solis, frontrunner  and Johnny Araya.