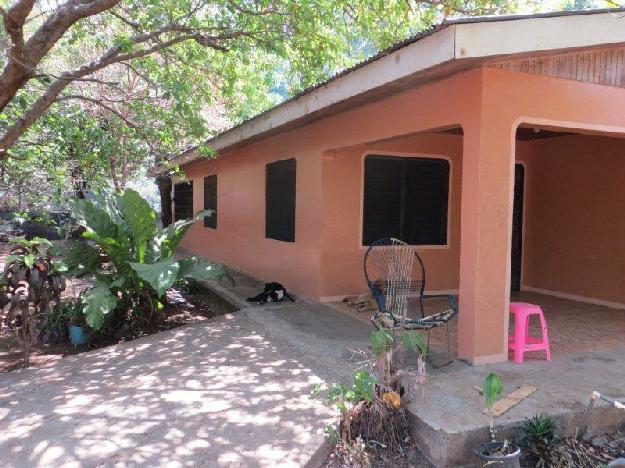 By Katy Nesbitt, The Observer – On a trip to Costa Rica a few years ago, Lyn Craig made an impulse purchase — not a knickknack or a pair of huaraches, but rather seven acres of farmland in a village called Aguas Buenas.

“We went down to visit my son up in mountains. As we were leaving to catch the bus to the airport I said I wanted to come back and buy property. A local coffee farmer, Johnny, had some land he said he could sell. We had 20 minutes to spare to look at it real quick and it was perfect,” Craig said.

Craig said she asked her son to tell the farmer, “We’ll do it. I turned to Memo (her partner) and asked, ‘Can you put up half? We have to do it!’ Two months later we owned it.”

Each winter she and Memo spend three to four months in a bungalow situated in the southwest Talamanca coastal mountain range near the Pacific Ocean. “We built a tico-style house because we didn’t want to appear to be ostentatious. Now we are close, life-long friends with people in the village. Despite incredible poverty everyone has been nothing but generous,” Craig said.

Craig said she returns the generosity by bringing clothes down with her each year for the villagers. Their farm was predominantly hardwood trees species, but since purchasing it they have planted more than 60 fruit trees, which they let their neighbors harvest in return for keeping an eye on the place while they are in America.

“The population is 75 in Buenas Aguas where immaculately kept stucco and wood-framed homes have tiled floor in which you can see your reflection. We are the only Americans for miles and miles in any direction. When we are there it is like is experiencing the real Costa Rica,” Craig said.

Not one to simply enjoy her farm, she started a program called Pura Vida to get books shipped down to the village.

“Pura Vida is a greeting coming and going used by all ages in Costa Rica,” said Craig, who is the executive director of Libraries of Eastern Oregon, a nonprofit of 53 public libraries in 16 Oregon counties and four in Walla Walla County. “Our main focuses are community programs and infrastructure.”

Craig moved to Joseph a little more than a year ago and works as a freelance grant writer. Shortly after moving here, she joined the Wallowa County Rotary Club. “Two weeks after moving here I started asking what does Rotary do. Their international efforts got me intrigued. New members are supposed to work together to form a project, so I suggested providing books to the school in Buenas Augas.”

Last month she gave a presentation on Pura Vida and said she had $200 pressed into her hand by the time she left the meeting. So far, she’s raised $1,000 and is hopeful the Libraries of Eastern Oregon board will consider setting aside used Spanish books for Buenas Aguas and neighboring
villages.

Another way she is raising money is through donations raised at travelogs — travel programs given around Wallowa County.

“In Buenas Aguas there are no public libraries for the kids. Books are passed from house to house to house. They are well-worn, but treasured,” Craig said.