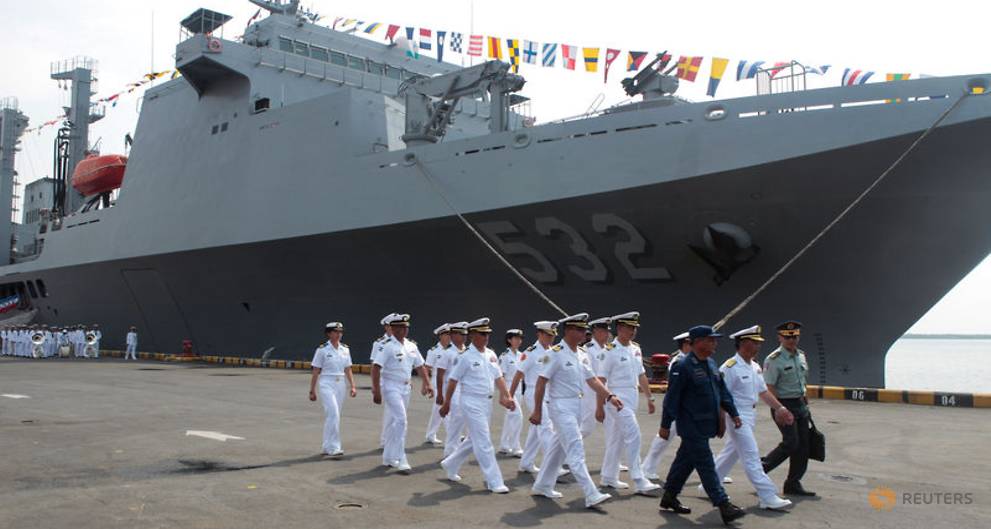 Three ships, carrying around 800 crew, arrived in El Salvador on Friday and will visit other allies in Central America, Taiwan’s Defence Ministry said.

China claims Taiwan as its sacred territory, part of “one China”, and Beijing has never renounced the use of force to bring what it considers to be a wayward province under Chinese control.

Taiwan now has formal relations with only 20 countries, many of them poor nations in Central America and the Pacific. Panama cut its diplomatic ties with Taiwan in favour of Beijing in June last year.

“Visiting our diplomatic allies is something the Friendship Flotilla has been doing for years. It helps to continuously strengthen the relationship with our allies,” Taiwan Defence Ministry spokesman Chen Chung-chi said on Tuesday.

This was the sixth time Taiwan’s navy had visited Nicaragua. The whole trip will take two to three months, Chen said.

China and Taiwan have tried to poach each other’s allies over the years, often dangling generous aid packages in front of developing nations, although Taipei struggles to compete with an increasingly powerful China.

In response to a question about the visit, Chinese Foreign Ministry spokesman Geng Shuang said that there was widespread consensus globally that there is only one China.

“We have faith that all nations in the world will come to accept this consensus and embrace the current trend,” he told reporters at a regular briefing in Beijing.

China’s hostility towards Taiwan has risen since the election of President Tsai Ing-wen from the pro-independence Democratic Progressive Party in 2016.

It suspects Tsai wants to push for formal independence, a red line for Communist Party leaders in Beijing, although Tsai has said she wants to maintain the status quo and is committed to ensuring peace.

TODAY NICARAGUA – “The Nicaraguan delegation has been able...
Taxes