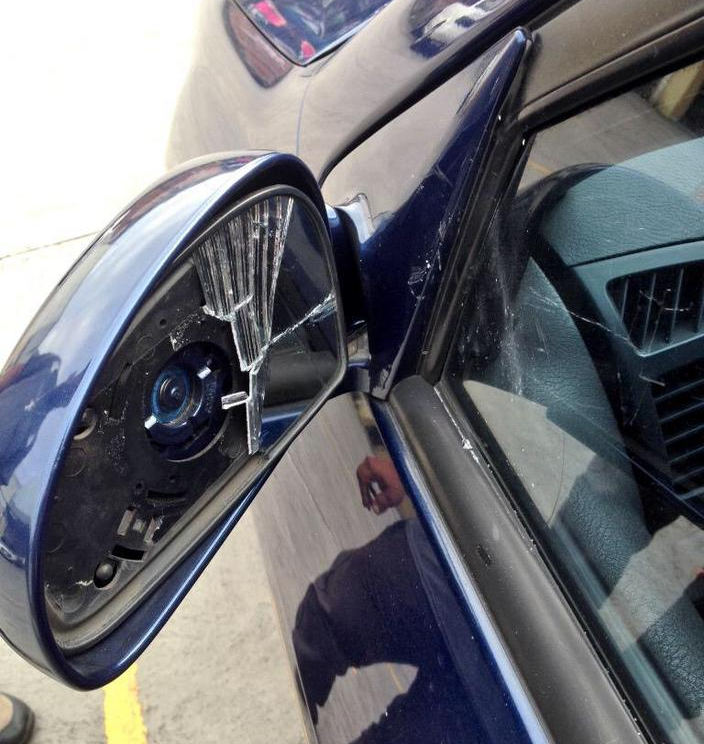 QCOSTARICA – Last week, on Tuesday, a taxi driver, near the Registro Civil in Zapote, took out his road rage on a driver who would not let him pass. The taxi driver was identified by Elmundo.cr driving the taxi with plate number TSJ 5524, belonging to the La Guaria company.

The story, as detailed in the complaint filed by the assaulted driver, a man identified only by his last name Echeverria, is that the taxi driver attempted a “daring maneuver” and attacked him when he would not let him.

“The reaction of the (taxi) driver, with a passenger in the car, almost came to blows, when he got out of his car and started insulting me, provoking me into getting out of my car to a fight, when I did not respond, he took it out on my vehicle,” said Echeverria.

According to the OIJ (police) report, the taxi driver unleashed an unbridled fury at the vehicle, causing major damage, kicking at the vehicle and breaking glass.

But the insult for Echeverria did not stop there.

Echeverria says he went to the ARESEP, the government authority regulating public services, including taxis, but was told that they could do nothing about the attack unless he “was using the taxi service.” That is, since he was not a customer of the taxi, he was out of luck with them.

- Advertisement -
Paying the bills
Previous articleSave With Trafalfar to Costa Rica and Panama
Next articleUber Would Be Willing To Negotiate With The Government, Says General Manager

QCOSTARICA - The increase in covid-19 cases and hospital...
Nicaragua