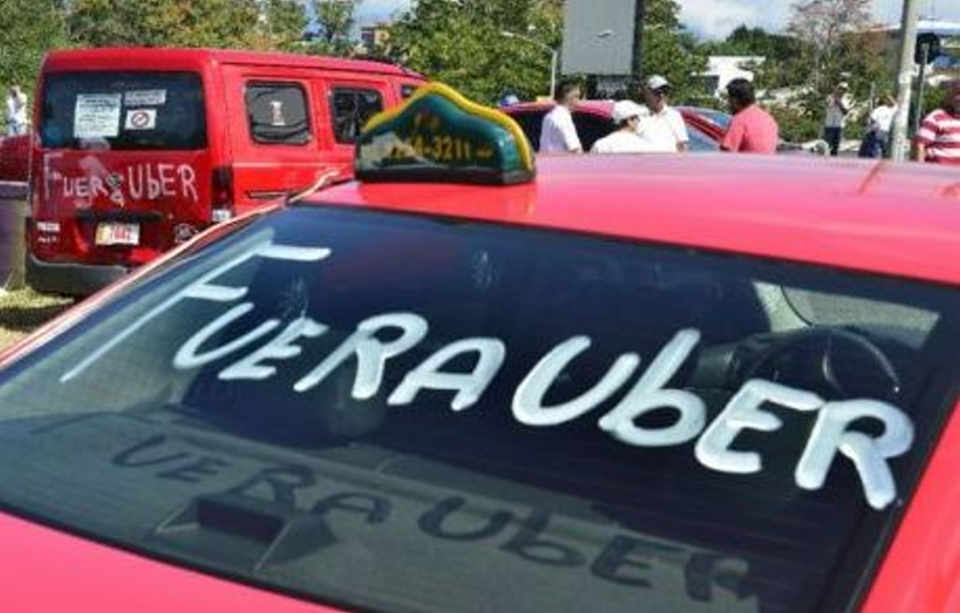 The intention of the taxi drivers is to get in the face of users in the area of bus terminals like Tracopa, so as not to let any user get take an Uber.

Rubén Vargas, representing the Costa Rican Taxi Drivers Union, explained that the intention is to inform users about the illegality of the service, to the point that they do not use it.

Vargas, made it clear that this measure is not to generate violence; of course, he said that, if Uber drivers oppose with force, taxi drivers will be reacting in the same way.

Vargas blames the government and legislators for what might happen in any confrontation between taxi and Uber drivers.

In a statement issued on Wednesday, Uber says “We reject the incitement to violence and we respect the user’s right to choose”.

Carolina Coto Recio, Communication Manager Uber Central America, sent the following message to the Q: “In the face of recent audios and news about the possibility of attacks on collaborating partners or obstruction of the right to choose people, at the time of requesting a trip through the application, Uber condemns the incitement to violence or any act that endangers the integrity of the people and reiterates its commitment to continue being a safe and efficient mobility option for the more than 783,000 users that today use the application to complement their mobility options. We continue to believe in the path of dialogue as the best way to promote the search for a regulation that allows the coexistence of new forms of mobility, always having as a central axis the user’s right to choose and contribute to the country’s economy.”

Since the arrival of Uber in Costa Rica in 2015, taxi drivers have taken to the streets on numerous occasions to request the government to make Uber’s presence illegal and clamp down on Uber drivers.

The government has responded by introducing a bill that would legalize Uber and other ride-app services. While the bill moves slowly through the legislative process, the Policia de Transito (Traffic Police) has responded with operations against Uber drivers, that include issuing fines and/or seizing vehicles.

Traffic officials have two distinct laws that they can apply against Uber drivers: one, the traffic law that fines drivers providing illegal transport or two, the Aresep law that allows for the seizure of the vehicle and a steep fine.