Tech Breakthroughs Are Giving Animals the Power to Speak 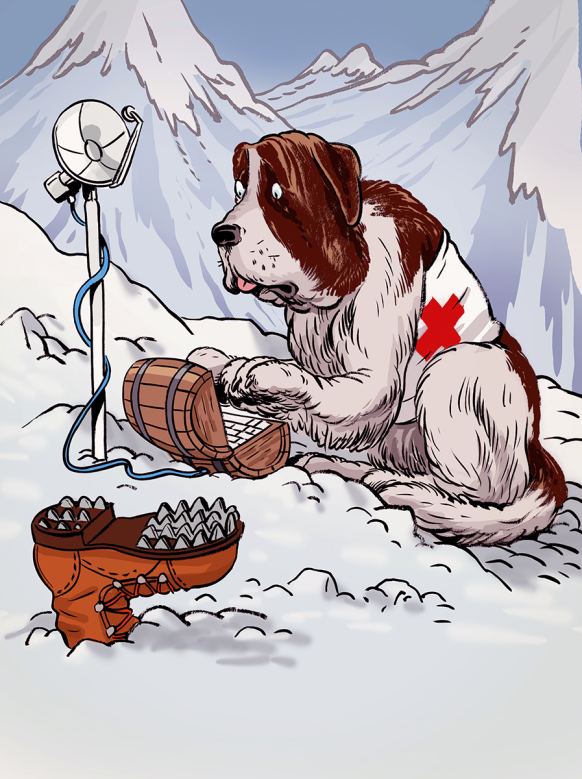 QCOSTARICA TECH (via Wired.com) – IMAGINE YOU’RE A DIABETIC and you use a service dog trained to alert you if it senses your blood sugar is falling.

These dogs are incredibly useful, because diabetics can lapse into “hypoglycemia unawareness,” where they don’t notice their own oncoming symptoms.

The canines do, and they intervene. But sometimes a diabetic shock can emerge so suddenly the human passes out. Then the dog’s in a quandary: How does it go for help? Because dogs can’t talk.

Unless they’re sporting a wearable computer that helps dogs communicate with humans. Melody Jackson, a computer scientist at Georgia Tech, has been outfitting service dogs with computerized vests, so that in an emergency they can find another human and pull a mechanical lever on the vest that triggers an audio message: My handler needs you to come with me!

When people hear this for the first time, “they jump back 3 feet, because the dog is talking,” Jackson says, laughing. The dog can also do other tricks with its wearable, like triggering an SOS alert with GPS coordinates. A search-and-rescue dog could do the same. It’s all part of a curious new field called animal-computer interaction.

And it’s not just dogs. Scientists are making systems to help humans and dolphins communicate; others are crafting cat-human videogames, and Jackson is making sensors that monitor horses and broadcast signs of impending lameness.

But as you might imagine, the big action is, yeah, with canines, who seem super stoked to get a doggie version of Google Glass. Dogs are, after all, highly social and already involved in assisting humans. Giving them more ways to talk to us is a no-brainer. For example, if seeing-eye dogs notice an obstacle, they can use Jackson’s vest to tell their human what type of obstacle it is, a feat that was previously extremely difficult.

There’s something to be learned here about designing for humans, too. Making tech for animals means paying extremely close attention to the … uh … end user, because animals can’t give detailed feedback. If you get it wrong, you can’t paper it over with clever marketing. You have to work within the animals’ capabilities.

For dogs that means making interfaces suited for prehensile mouths and sensitive noses. Clara Mancini, head of the Animal-Computer Interaction Lab at the UK’s Open University, devised a sensor that measures the sniffing pattern of cancer-detecting dogs as they assess samples, an indicator of how strong a scent they’re picking up. When Jackson made a touchpad for service dogs to use in conjunction with her vest, the pups discovered it would pick up a signal if they just hovered their nose over the pad. (One deduced this in 27 seconds. Humans aren’t alone in our technological prowess, it seems.) The point is, with the right interface, animals can tell us all kinds of things.

Of course, we might not always like what they have to say. What if zoo animals could tell us how they’re doing? Imagine giving industrially farmed chickens, pigs, and cows the means to communicate their comfort level. “Many farmers don’t want to know what’s going on with their animals,” Mancini says. Consumers might not either.

None of the millions of dollars we’ve spent trying to communicate with intelligent aliens has paid a return. And now it turns out the first extraspecies high tech communication will come from creatures that share our living rooms. The day may come soon when your dog texts you at work. What’s the emoji for “Sorry I ate the rug”?

- Advertisement -
Paying the bills
Previous articleYes, The World Can Be Changed!
Next articleLatin American Ex-Presidents: “There Was A Clear, Convincing Victory”

QCOSTARICA - Starting today, September 18, we go back...
Lighter Side