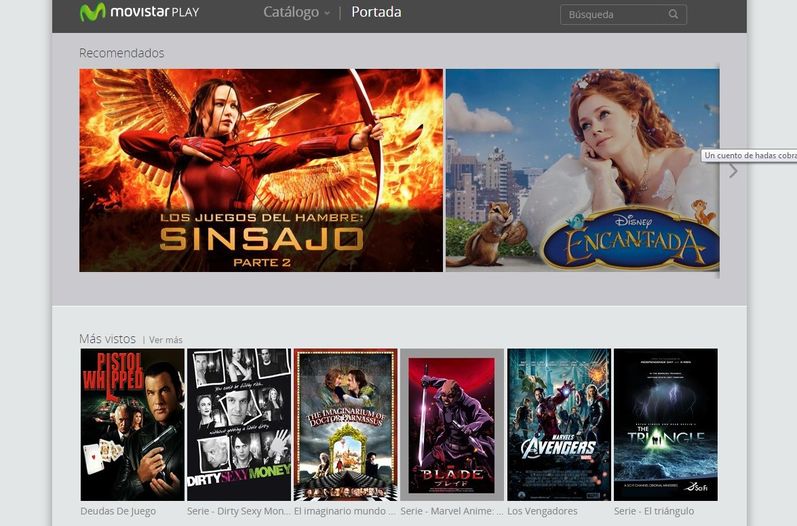 The Video on Demand (VOD) service will be bundled with most postpaid contracts, such as Plan 4G@2 (with cellular), Plan 4G@3, Plan 4G@4  and Plan 4G@5 (with or without cellular). Prepay customers will have to pay ¢1,000 colones monthly.

Movistar Play can be configured on five different devices and used on two devices simultaneously.

“Our goal with the launch of Movistar Play is that our customers can enjoy movies, television series and documentaries when they want, on the device of their choice, at an affordable price,” said Karla Espinoza, manager of communication Movistar Costa Rica, in a press release.


Movistar users will have two catalogs of content: Movistar Play and the Catálogo Premium. The latter will allow users to rent current release movies for ¢1,750; all premium movies are ¢1.050 each.

Movistar Play is available on both iOS and Android mobile and Windows and Mac for desktop computers and TV sets via Google’s Chromecast or Apple’s AirPlay.

Movistar faces competition from Claro and Netflix.Launched in April 2014, initially Claro Video cost ¢4,000 monthly, and is now offered at ¢3,000. Netflix is between US$7.99 and US$9.99 per month. To sign up for Netflix users must have a credit card or a PayPal account.

Telefonica has already launched a VOD service in other Latin America in countries such as Argentina, Brazil, Chile, Colombia and Uruguay. It also plans to launch VOD and linear channels in Peru, Ecuador, Panama, El Salvador, Guatemala and Nicaragua by the end of the year.

- Advertisement -
Paying the bills
Previous articleFly To Quepos, Arenal and Nosara For Only ¢12,000
Next articleRosewood Papagayo, Costa Rica To Open in 2019 With Treehouse Villas

HQ - The faulting in the crust of the...
National