Testimonies of Venezuelan Migrants Who Returned to the Homeland 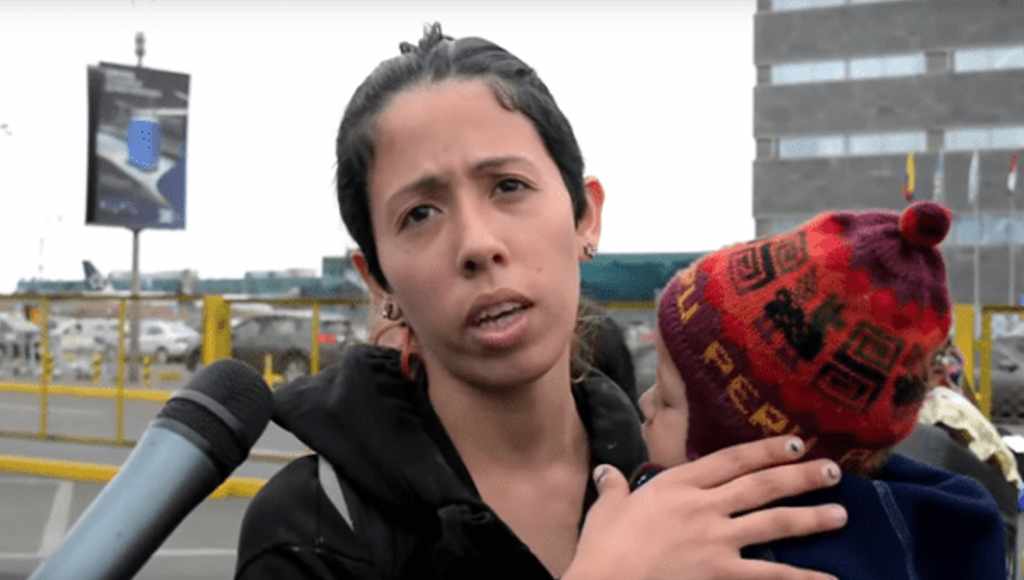 Nicolas Maduro’s government implemented the “Back to the Homeland” plan to help bring Venezuelan migrants back to their home country.

“This is about surviving. We’re not fine here, just surviving, but they make us think we’re better,” says one woman who returned to her native Venezuela from Peru under the Bolivarian government’s ‘Back to the Homeland Plan’ for citizens experiencing xenophobia abroad.

The government of Nicolas Maduro facilitated the return home of some 89 Venezuelan citizens who had migrated to Peru. They arrived Tuesday morning after requesting assistance to return to their home country.

The administration said in a statement that the Venezuelan citizens had contacted the embassy in Peru to request a return to their country, along with government assistance after being subjected to “humiliation, cruel and inhuman treatment, xenophobia and hate crimes.”

“I never found a job. I was a street vendor and I made my life out of that,” one young man who benefited from the program says in a video posted on YouTube. “I was interviewed by the consul… and I was helped.”

Another young man says: “Thinking that everything is perfect as portrayed on social media, everything looking beautiful, people telling you to go and find a place there, but no. I had the doors closed everywhere for being Venezuelan. If they steal, it’s a Venezuelan. Everything bad here is because of a Venezuelan.”

Venezuelan migrants often experience discrimination abroad. “They were bothered every time they saw us selling, telling us we were taking clients from them and yelling: ‘Those Venetas, look for something else! Don’t you know how to do anything else but coffee, chocolate and cakes?’” says one woman who returned to Venezuela with her husband. “I used to get red out of anger but I wouldn’t discuss it with them because they were in their country.”

Venezuela’s Foreign Minister Jorge Arreaza highlighted how over the years Venezuela has welcomed millions of migrants from all over the region and continent.

“We share testimonies of fellow country people who come back to the homeland. They suffered from xenophobia, discrimination and labor exploitation. Victims of the regional and international campaign that has promoted the induced migration to attack Venezuela.”

“In our country, six million Colombian brothers live together with 600,000 Ecuadorean brothers and more than 500,000 Peruvians, whom we generously welcomed as sisters and brothers of the Great Homeland, offering them medical care, free education and all the benefits that this Bolivarian Revolution provides to all and all equally, who came to this Earth fleeing from war, paramilitarism, poverty and hunger,” Arreaza said.

Several of those who returned said they do not intend to leave the country again and criticized the campaign that is being carried out regarding the migration of their compatriots.

“The Venezuelans won’t be left out just like that, knowing the situation of many people that come without anything,” says one young woman in Peru, carrying her child. “I know the president will be looking after us.”