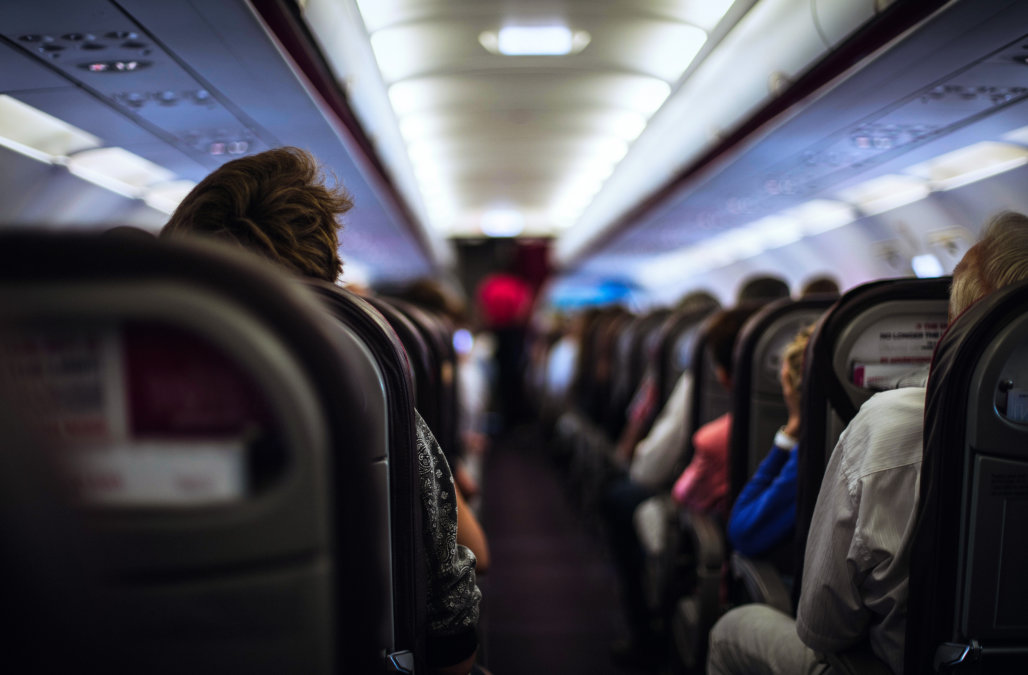 Manners and common courtesies are magnified when dozens or even hundreds of people are confined to a tight space. Multiply that tenfold when that tight space is about to hurdle at 800 km/h (500 mph) through the air, most likely with an ocean or unforgiving mountain range sitting 30,000 feet below.

Flying requires a good amount of keeping it together, so for the benefit of everyone, including yourself, don’t let the social rules that are otherwise second nature slip away just because the process of ‘getting there’ is all that stands between you and your epic trip.

Here are the ways you’re potentially being rude while boarding a plane, and how to avoid doing so, so that you’ll be that much more relaxed while sipping a poolside cocktail with a clear conscience.

Boarding a plane, and the flying experience in general, is a source of much anxiety for many travelers. This is understandable, even justifiable. But congregating around the corridor in front of the gate long before the attendant announces pre-boarding is doing nothing but exacerbating the problem.

All you’re doing is spreading your anxiety across everyone else waiting to board, which inevitably leads to more congregation, which then leads to mass confusion as members of the panicked horde forget their zone numbers almost without fail.

Many never quite manage to recover, instead remaining idle like a deer in headlights as those who followed the instructions on their boarding passes attempt to join their fellow zone members in some semblance of a line. The end result is that the entire process is slowed down.

Be cool and remain seated near your gate until the attendant pages your boarding zone. The staff knows exactly how many flyers have checked in for the flight, and they won’t shut the doors until after they’ve paged anyone who failed to board — you’re going to get there just like everyone else. Even if you are among the final few to board, think of it as less time sitting in your seat alternating between eyeing the airline magazine and hopelessly staring out the window.

The aisles on the plane are meant to hold exactly one person abreast at any given time. Just like you, those in front of you in line need a few seconds to safely stow their carry-ons in the overhead bin. This is going to cause a continuous and unavoidable snaking of the line as passengers are stopped by those in front of them getting to their seats.

There is no avoiding this. Pushing, walking right up against the person in front of you, or, god forbid, placing your hand on that person’s shoulder and attempting to squeeze by them, are among the most unforgivable boarding sins.

No one that saw you commit one of these atrocities is going to forget about it. Wait your turn — the guy seated ten rows in front of you isn’t going to steal your overhead storage space.

Flying in the cheap seats comes with its fair share of sacrifices, especially if you forgot to check in right away. Occasionally this means you’re not seated next to your bro or girlfriend, which is always a bummer but one of those things you’re much better off accepting and moving on from than raising a fuss. No one wants to trade seats with you.

Even if someone agrees to do it, they’re certainly not happy about it and are only doing it to shut you up. We’re all in this together — let the seated remain seated.

Standing up as soon as the plane lands

Unfortunately, airplane rudeness tends to extend throughout the flight, often carrying on to the baggage-claim area. Yes, I’m looking at you, guy who stands up the second the fasten seatbelt sign clicks off at the gate.

You’re 23 rows back, man, and the poor people in the seats directly behind you now have the pleasure of staring at your sweaty ass for twenty minutes while first class and those seated in the remaining 21 rows in front of you slowly make their way to the exit. Sit back down.

QCOSTARICA - Imagine your vehicle being devoured by a...
Health