The Best Things To Experience In Florida 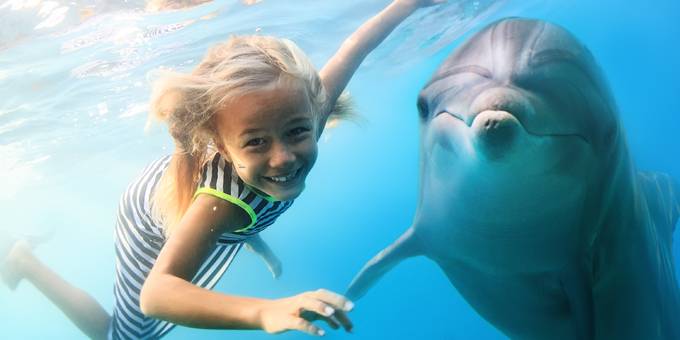 When you think of Florida, your mind might instantly go to noisy theme parks and screaming kids. But Florida has so much more to offer than that. It has beautiful beaches, amazing wildlife, and diverse cities to explore.

There is also an abundance of fun-filled activities available, from visiting award-winning zoos, exploring stunning botanical gardens, and even taking part in a live murder mystery show!

One thing’s for sure; you certainly won’t be bored. Continue reading for some inspiration for the best things you can experience in Florida.

This award-winning zoo is renowned for its conservation work, regularly teaming up with charities and other zoos in an effort to preserve our wildlife. It is now the home of more than 800 animals from across the globe, including gorillas, orangutans, hippos, bears, kangaroos, rhinos, alligators, and much more!

The entire team at the Gulf Breeze Zoo, including CEO Eric Mogensen, is working to expand conservation programs and animal populations at the zoo. A visit to the Gulf Breeze Zoo is sure to be a memorable day out, where you can get up close and personal to some of the extraordinary animals, like giraffes, which you can hand-feed. You can also meet the zookeepers, go behind the scenes on animal tours, and enjoy a ride on the Safari Express Train. And, if you’re feeling brave enough, you can take part in the seasonal alligator feeding (don’t worry, you won’t be the main course!).

You can also learn more about the many conservation programs that the zoo is involved with, which include the Sumatran Orangutan Society, the International Rhino Foundation, and the Giraffe Conservation Foundation.

If you really want to embrace Florida’s native wildlife, then taking an Everglades Airboat Tour is the way to do it. An unforgettable experience for both tourists and locals, these airboat tours will take you along the perimeter of Florida’s stunning wetlands, where you can admire the natural beauty of the wilderness. Unleash your inner explorer as you travel into unknown territory, venturing deep into the 100,000 acres of swamps and rivers teeming with alligators. You’ll be able to witness the natural landscape and wildlife of these protected Everglades, which also includes raccoons, skunks, wild hogs, and the West Indian manatee. There is also an abundance of rare bird species for any enthusiastic birdwatchers, including bald eagles and wild turkeys.

Do you enjoy a good murder mystery? Then you do not want to miss out on this one-of-a-kind experience! On the Murder Mystery Dinner Train, you can treat yourself to a luxury five-course dinner while you watch a live murder mystery show. The show is played out in the dining cars for your entertainment as your train travels from Colonial Station in Fort Myers and is up to 3 and a half hours long. You can even book for a special event, such as the Sweetheart Express for Valentine’s Day, the Ghost Trains with Costume Contest for Halloween, Christmas Rail-Boat Trains, and the New Year’s Eve Gala!

This immersive experience will make you feel as though you are part of the story, rather than an audience member, and allow you to revel in all the drama!

This iconic attraction is a must if you’re visiting Florida, regardless of whether you’re a NASA geek, or you’re just curious about why it’s such a popular institution. The Kennedy Space Center has a vast array of exhibitions, from the U.S. Astronaut Hall of Fame, the Rocket Garden, the Lunar Theater, and the Apollo Treasures Gallery. You even have the unique opportunity to meet one of the veteran astronauts during an Astronaut Encounter, who will share their incredible experiences in space during a live Q&A. And afterward, you can even get a photo and autograph to commemorate your day! It certainly won’t be an experience you’re likely to forget.

Most people don’t typically associate Florida with celebrating art, but then, they probably don’t know about The Dalí Museum. Named as one of the 10 Most Interesting Museums in the World by Architectural Digest, this museum was erected to showcase the remarkable career of Salvador Dalí, one of the most renowned and controversial artists of the 20th Century. Located in downtown St. Petersburg, this museum boasts an impressive collection of over 2,400 Dalí works, including watercolors, oil paintings, drawings, photographs, sculptures and more.

The museum is also famous for its Avant-garden, located on the waterfront of Tamba Bay. Inspired by Dalí’s art, the garden was designed to be a place of tranquillity and to encourage visitors to contemplate the duality of art and nature.

So, if you’re looking to sample some culture, this should be first on your list.

When you see the Naples Botanical Garden, it’s easy to think you’ve just stepped into the Garden of Eden. This botanical paradise is the result of a determined group of plant lovers, who purchased the 170-acre space to create their own sanctuary, which now contains plants from all over the world. The Garden is heavily involved in several conservation projects, some of which include preserving the wetlands plant life. The Garden also hosts special events, such as the magical Night Lights in the Garden during the winter months, which includes an annual lights extravaganza.

With more than 220,000 tourists visiting the Garden each year, it’s clearly worth the hype.

This impressive structure has an unusual history, filled with myth and superstition. Constructed in secret for over 28 years by Edward Leedskalnin, a self-taught engineer, it is claimed that Leedskalnin, who was quite the eccentric, used magic to levitate the blocks of limestone into place, which is why he chose to work alone and in secret. Coral Castle was first opened as a tourist attraction in 1923 and continues to be a popular attraction today.

Although not technically a castle, Coral Castle is still an architectural wonder, and as such is worth a visit.

Don’t be put off by the name; Devil’s Den is an exciting chance to experience scuba diving in a prehistoric underground spring. The ominous name choice came from early settlers, who were alarmed to see steam rising from an opening in the ground. Believing it was a chimney from Hell, the settlers subsequently named it Devil’s Den, and the name stuck! In reality, the steam is a result of the warm spring water mixing with the winter air, not the fiery pits of Hell. It still looks cool, though.