The Closure Of The ‘Platina’ Commences Today

Q COSTA RICA NEWS / Today is Saturday. The Saturday that the “platina” bridge mostly shuts down until the first week in March, giving crews the space and freedom to complete the ‘construction of the new six lane bridge’ over the Virilla river on the autopista General Cañas.

What does this mean to you and every other driver on the roads starting this morning? Simply, if you do haven’t mapped out an alternate(s) route and add time to your travel, allowing for more than usual congestion, you will be late. 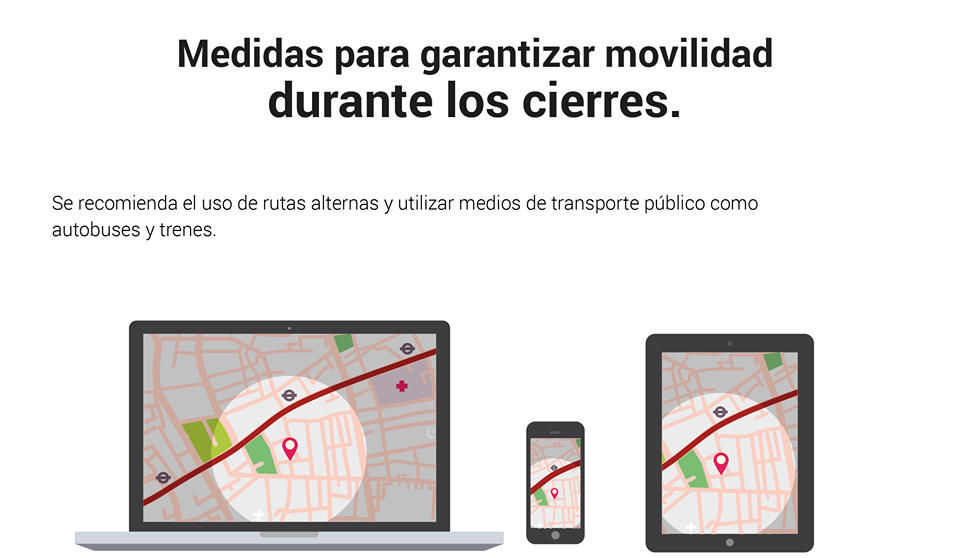 The shut down is of the two lanes in Alajuela – San Jose direction. The two lanes of the San Jose – Alajuela will be open, however, will be reduced to one lane in each direction during certain times, and only to a certain of traffic.

Applications like Waze can be very useful during this stressful period.

We have prepared a list of questions and answers based on the statements by the Ministry of Transport and Public Works (MOPT). 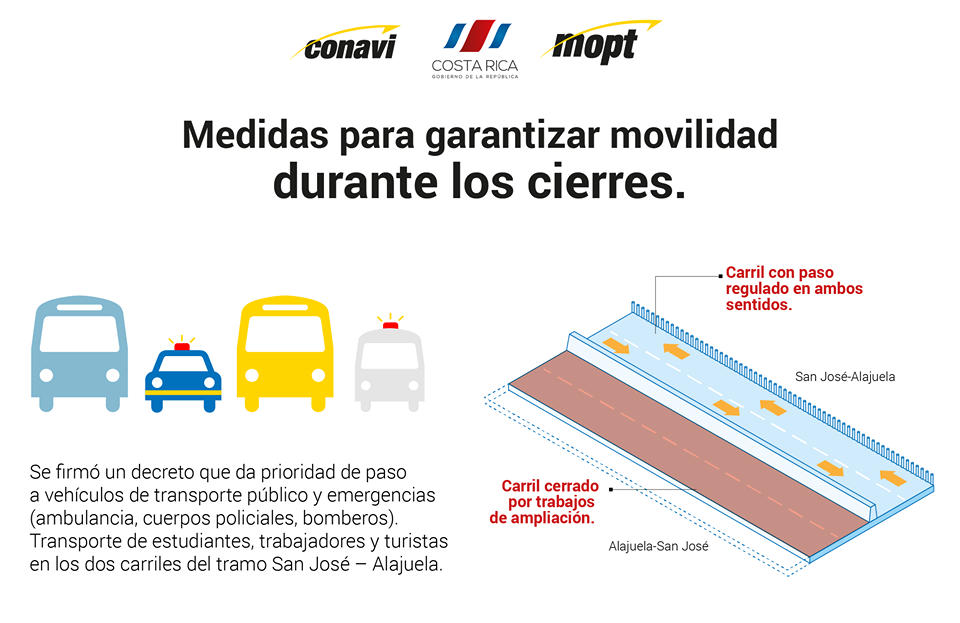 Who will be able to transit the bridge?

To be clear, for example, the duly authorized vehicles to carry tourists are those clearly marked (based on CTP guidelines) with “TURISMO”.

Emergency vehicles such as ambulance, fire, police and any other ‘official’ vehicles providing an essential service have no restrictions.

What happens outside of the ‘flow’ hours? 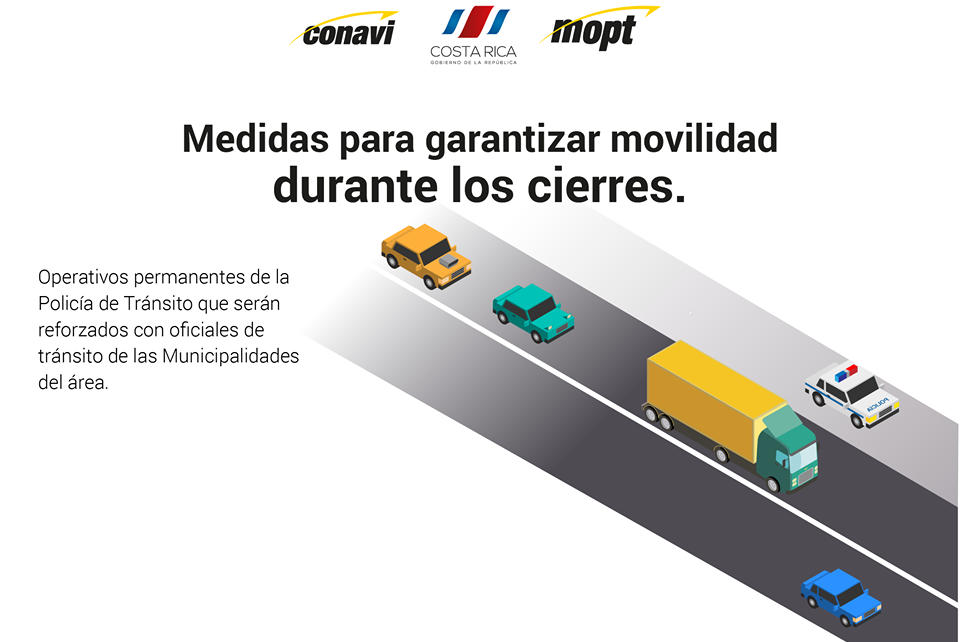 Where does the closure apply?

Traffic in the Alajuela – San Jose direction will be detoured at the EPA store exit at Cariari on the west and the Pablo II bridge on the east.

How will compliance be guaranteed?

The Transit Police (Policia de Transito) will have 27 officers in areas such as La Pozuelo, La Valencia, Castella, Los Arcos and EPA, in order to regulate the measures.

Is there a fine for non-compliance?

Drivers who disrespect of the restrictions will face a fine of ¢51.300 for each time they are caught.

“The Deputy Minister of Transport, Liza Castillo, asks the drivers to respect the closures.

“We will have a physical control to channel the flows. We will fine drivers who fail to comply with the measures, but we call on citizens to understand that this is a project for the better of the country and that needs commitment not only from us as an institution, but from citizens in general,” said Castillo. 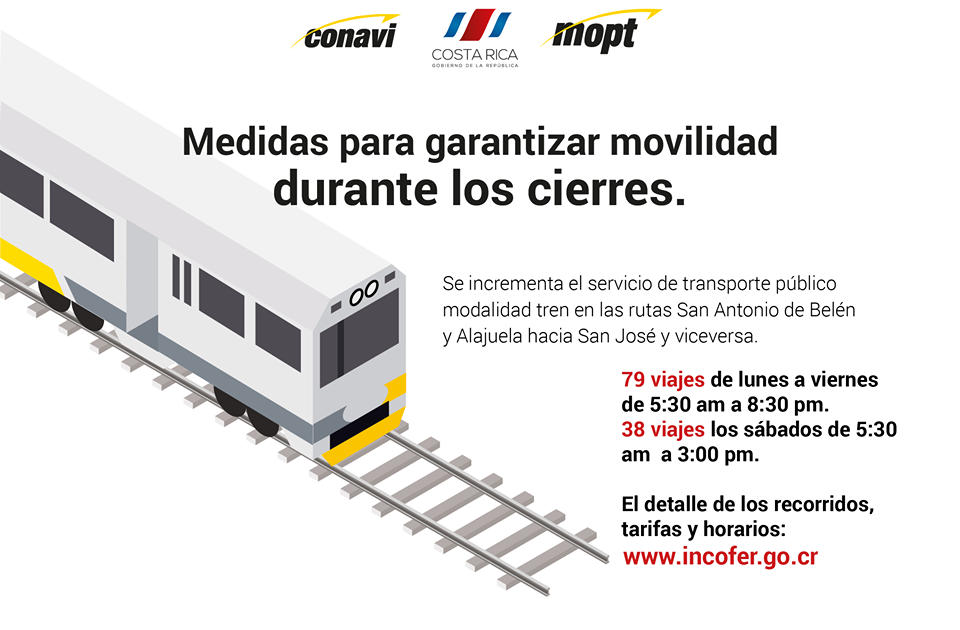 The commuter train is an alternative to driving altogether. The Incofer – national railway – has added more runs and extended operating times on the San Antonio de Belen and Alajuea and San Jose, a total of 79 during daily from 5:30am to 8:30pm and 38 on Saturdays from 5:30am to 3:00pm. The latter is for the many who work half-day Saturdays. More details are available at www.incofer.go.cr. 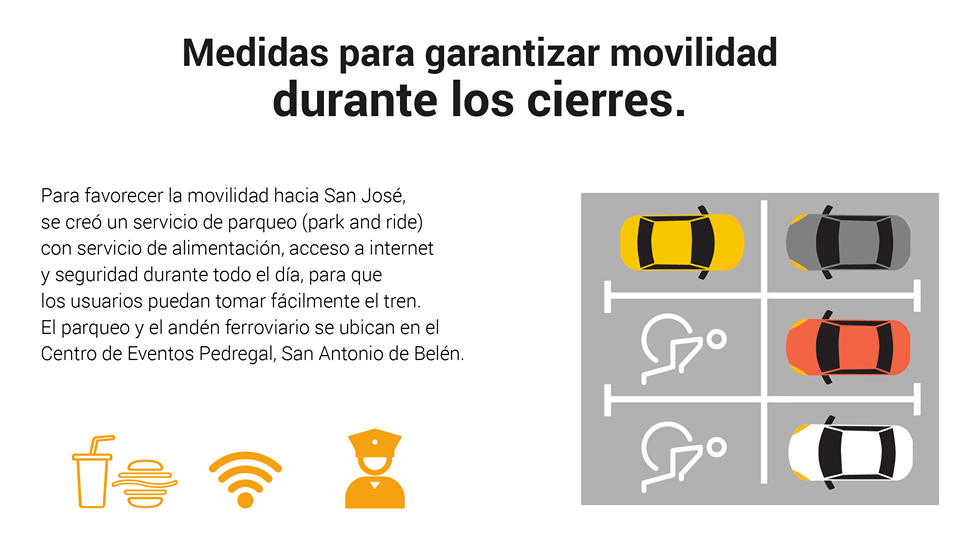 The ‘Park and Ride’ at the Centrol de Eventos Pedregal, in San Antonio de Belen, allows drivers to leave their vehicles and take public transport (train or bus). The ‘Park and Ride” will have security, food service and access to the internet. 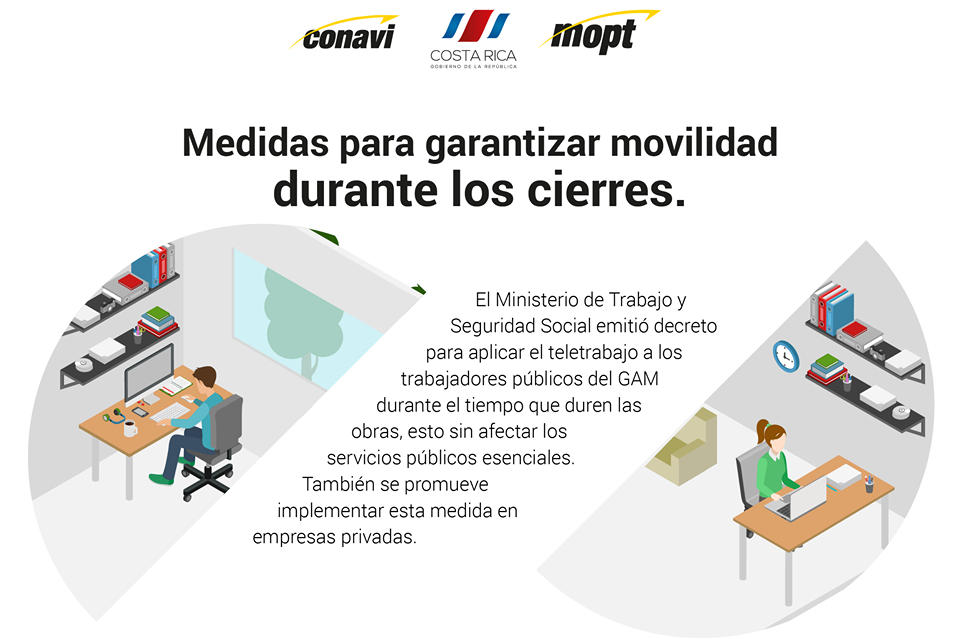 Working from home or staggered hours is another option to avoid the traffic nightmare that is expected. The Ministry of Labour has issued a decree to allow public sector workers in the Greater Metropolitan Area (GAM) during the closure to apply the ‘teletrabajo’.

Private sector companies are also encouraged to promote the ‘teletrabajo’ for their employees wherever possible.

The Ministry of Transport is committed to providing timely updates. Tune in to your local television and radio or stay tuned to the Q for the latest. Knowing ahead of time any major changes can save you time and reduce stress. 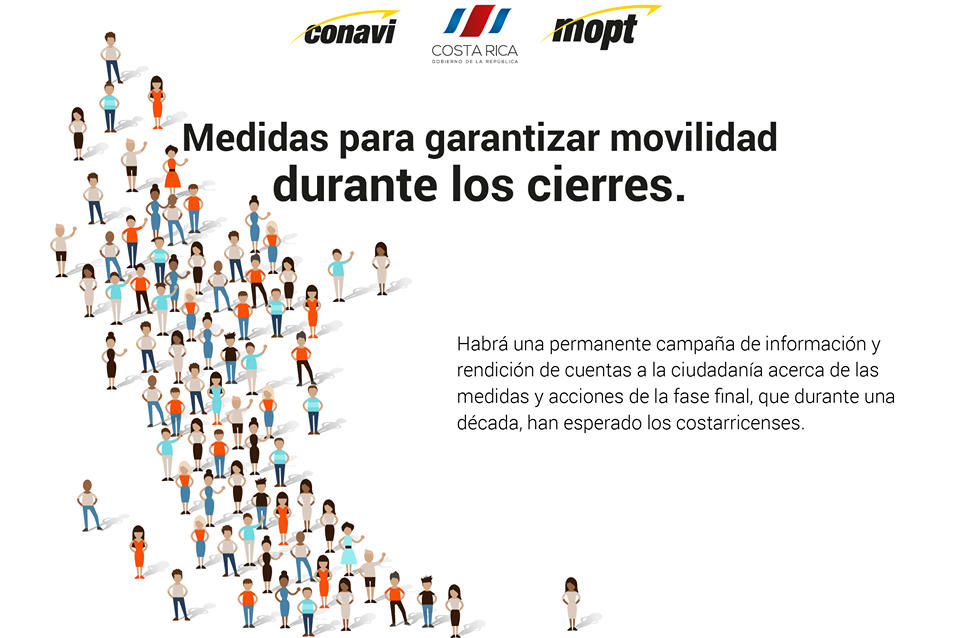 - Advertisement -
Paying the bills
Previous articleForget the iPhone 7, The next iPhone Will Blow Everyone Away!
Next articleRuta 27 To Be Expanded: Six Lanes From La Sabana To Cuiadad Colon and Four Lanes To Caldera

Seven drivers will pay ¢105 million for crashing the new trains

QCOSTARICA - Seven drivers who collided with the new trains of...
Read more