The Data Sleuths of San José 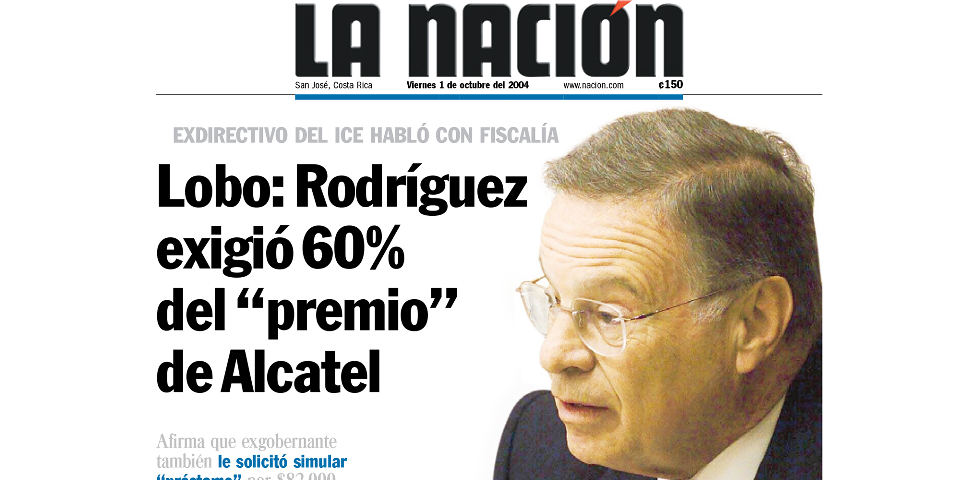 (Via ForeignPolicy.com)  The real estate agent was angry. She had spent weeks helping her well-heeled client shop around for the house of his dreams — and now, just as they were about to close the deal, he announced that he was backing out.

The client explained that a generous friend had decided to buy the place instead — directly from the developer, thus bypassing the agent – and rent it out to him. The broker, deprived of her hard-earned fee, began venting to her friends.

In the fall of 2003 the story made its way to journalists at La Nación, the leading national newspaper in the Central American republic of Costa Rica. The reporters at the paper’s investigative unit pricked up their ears as soon as the disgruntled real estate agent spoke the name of her exasperating client: Eliseo Vargas, the man in charge of the country’s vaunted national health care agency. “We didn’t really know what she had,” recalls reporter Ernesto Rivera. “She was just angry she didn’t get her commission. She knew who the guy was but she didn’t know why he was acting that way.”

Rivera and his colleagues smelled a story. Yet as the journalists started digging into the tale of Vargas’s peculiar living arrangements, it never occurred to them that they were about to unravel a scandal that would upend their nation’s sedate political establishment. In the early 2000s, Costa Rica enjoyed a long-established reputation as the most prosperous and well-managed country in its region. But by the time the La Nación reporters were done, they had uncovered a wide-ranging web of corruption that extended through the political and business elite.

Along the way they derailed the careers of three ex-presidents, sending two of them to jail; prompted far-reaching legal reform; and jolted a major blow to a cozy political system that had, until then, been dominated by two main parties. Alejandro Urbina, the paper’s editor-in-chief at the time, puts it this way: “The current president wouldn’t be the president if we hadn’t published these stories.”

The three journalists who made up La Nación’s investigative unit — Giannina Segnini, Mauricio Hererra, and Rivera — deployed the full arsenal of traditional reporting techniques as they pursued the story. But the sheer magnitude of the financial and political information they unearthed prompted them to rely increasingly on computerized tools to rummage through databases that revealed unexpected connections. While tips from well-informed sources like the disgruntled real estate agent are vital, says Segnini, human sources also have limitations: “You can’t visit 160,000 people,” she notes. “But you can easily interrogate 160,000 records.”

QCOSTARICA - The news of the reinstatement of the...
Reports