The End To San Jose’s Traffic Nightmare Is Near

Q COSTA RICA – For sure traffic congestion around the Greater Metropolitan Area (GAM) will get a break with the opening of  the new San Jose bound lanes of the ‘platina’ bridge.

The Ministro de Obras Públicas y Transporte (MOPT), Carlos Villalta, announced Wednesday morning, following an inspection of the work of the bridge, that the three new lanes will be open to traffic on Monday or Tuesday.

The minister confirmed that in the coming days work crews will complete the installation of the five expansion joints, paving the way for vehicular traffic. The expansion joints are necessary so that the bridge can expand and contract without deforming.

Once the three lanes are open to traffic, the 170 construction workers will begin work on the Alajuela bound half of the bridge, that includes demolishing the existing surface and begin the process of construction of three lanes.

Once complete, expected by April 30, the bridge will be six lanes. 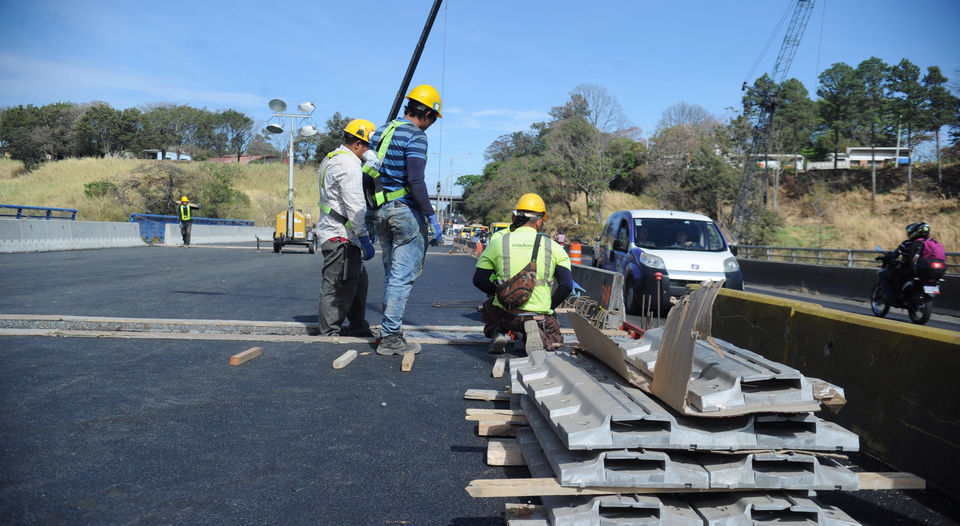 The MOPT says that between midnight and noon, two lanes will move traffic from to San Jose and one lane to Alajuela; and between noon and midnight, two lanes to Alajuela and one to San Jose.

It is expected that the additional lane and removal of the peak hour restrictions will greatly improve traffic conditions on the alternate routes.

QCOSTARICA - If it is proven in a final judgment that they did pay bribes to Conavi officials, several companies could be disqualified from...
Turrialba