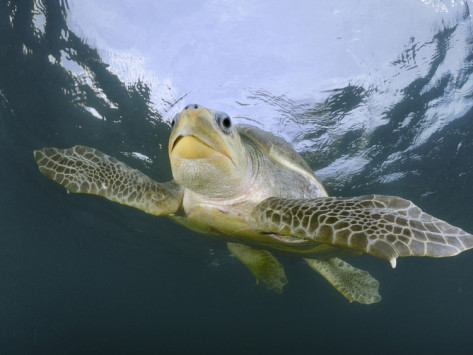 QCOSTARICA article by Shannon Farley  – Local eco-community Portasol Living is coordinating donations and volunteers for the unfunded program to continue its vital protection for sea turtles in Costa Rica. Over the past three decades, the world’s population of sea turtles has declined drastically.The world they have occupied since the time of dinosaurs has become a very dangerous place.

Sea turtles are threatened by rising sea temperatures and climate change, pollution in the oceans,increasing boat traffic, fishing gear and bad fishing practices like long-lining, destruction of their nesting beaches (mostly from construction), and humans poaching their eggs and shells.

Nearly all seven sea turtle species on the planet have been classified as endangered or facing extinction.Why is this important? Sea turtles are significant to our oceans’ ecosystems.

They maintain marine habitats, help cycle nutrients, and are part of a balanced food web. As turtles disappear,it affects the health of the world’s oceans, which in turn affects us.

Countries such as the U.S. and Costa Rica in Central America are leading the cause to protect sea turtles, demonstrating that recovery for these ancient reptiles is possible.

The United States in 1973 enacted the Endangered Species Act (ESA) under which all sea turtles are protected in U.S. waters; the Green Turtle (Chelonia mydas) was just added to the protection list this year (2016).

Helping to protect and recover sea turtle species is critical as they decline at an alarming rate. 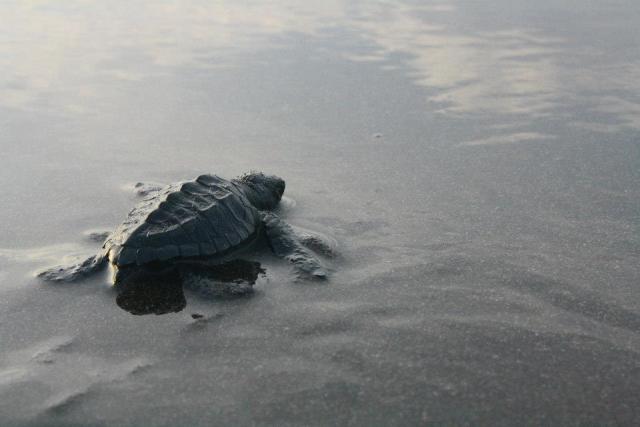 The most famous place for sea turtle conservation in Costa Rica is Tortuguero on the Caribbean Coast. The Sea Turtle Conservancy has worked here since 1959 to save several species of endangered sea turtles; and the Tortuguero National Park was formed in 1975.

However, there are many lesser known beaches in Costa Rica where endangered sea turtles come to lay their eggs, and which are vital for the species’ survival. 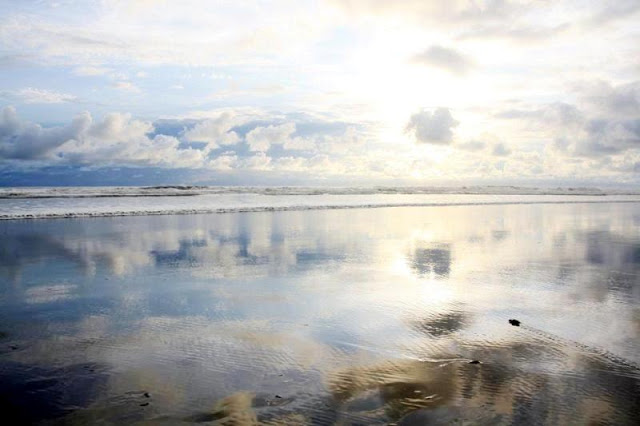 South of the very popular beaches of Manuel Antonio and north of the laid-back surf town of Dominical, the long, palm tree-lined beach of Matapalo stretches along the coast for 12 kilometers. There is nothing but empty dark sand, blue Pacific Ocean, and a very small community. It is to this “lost coast” that hundreds of Pacific Black sea turtles (Chelonia mydas agassizi), Olive Ridley turtles (Lepidochelys olivacea), and Hawksbill turtles (Eretmochelys imbricata) come every year between July and December to lay their eggs; and where thousands of baby turtles begin their lives and return to the sea.

A small grassroots organization called the Matapalo Sea Turtle Conservation Project has been quietly working to save sea turtles at Matapalo Beach since the 1990s. For the past 10 years, the non-profit Association of Volunteers for Service in Protected Areas in Costa Rica (ASVO) used its large volunteer base of national and international students to work the project. However, earlier this year, ASVO pulled its support.

The program has been continuing under the guidance of Costa Rican biologist Roberto Solano, who has worked with the sea turtles in Matapalo since 2009. But there are no funds. Operating 100% on donations, Solano and local community members, along with visiting volunteers, do their best to patrol the beach to protect female sea turtles as they arrive at night to lay their eggs, collect the eggs and safeguard them in a hatchery with 24-hour care, and release the baby turtles back to the sea when they are born. 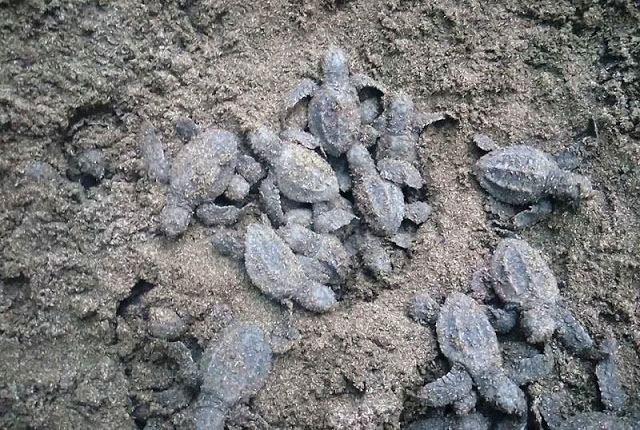 Poachers are an ever-present problem. They steal the turtle eggs to sell, even though it is illegal, since turtle eggs are thought to be an aphrodisiac and there continues to be a black market. In addition to humans, Solano said that dogs, raccoons and even crabs are a threat to the fragile eggs. When a nest is found, volunteers carefully recover the eggs using medical gloves and biodegradable plastic bags to bring them to the hatchery where they are guarded with fences and by volunteers.

Solano said that between 180 and 250 turtles nest at Matapalo every year; each female depositing on average from 80 to 120 eggs. He said the program so far has been able to save about 17,000 eggs in a season. With a birth rate between 88 and 93 percent, that’s a lot of turtles.

“Matapalo is important for sea turtles, with such a variety of different species coming here. But in this community, there aren’t many resources. People steal the eggs for money, and don’t have the education to practice conservation,” said Solano. “Matapalo doesn’t have the big hotels nearby like in Guanacaste to help sponsor a turtle project and promote it among their guests to give donations. For me the most important thing is to protect nature.”

The nearby eco-community of Portasol Living is collecting funds for the Matapalo Sea Turtle Conservation Project, and helping to coordinate volunteers. So far, Portasol has helped raise more than $5,000 for the turtle project from sponsors in Costa Rica and the United States. The funds were used for supplies, and for materials and labor needed to rebuild the hatchery, create nests, and construct a perimeter fence to protect the area.

“We strongly believe in conservation, especially with species in danger like these sea turtles. Helping to save these species is important to nature,” said Guillermo Piedra, General Director of Portasol Living. 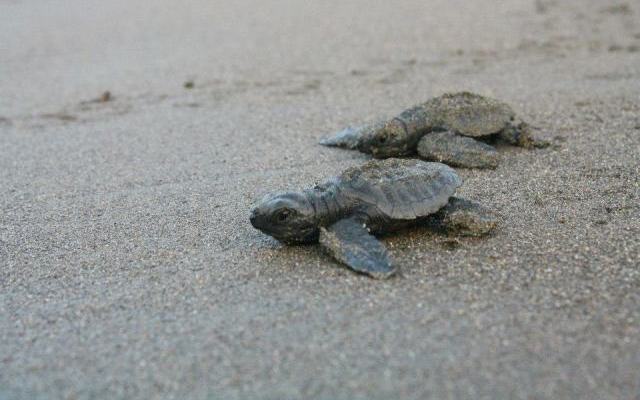 Donate to the Matapalo Sea Turtle Conservation Project, or Volunteer

The peak arrival time for nesting sea turtles is August through the end of October; turtle babies will be hatching until January, and volunteers are needed until then. Training will be provided to volunteers, and there are rustic cabins available at Matapalo Beach for people to stay. Or, volunteers can stay in vacation rentals at Portasol Living.

The Matapalo Sea Turtle Conservation Project needs donations to buy flashlights for patrols, biodegradable bags to collect turtle eggs, gloves for volunteers to not contaminate the eggs, materials for the nests, and to help offset the costs of food and lodging for volunteers. Expenses are estimated at $2,000 per month.

Every sea turtle is precious. Help save a life.

Costa Rica has expanded its Protected Marine Areas and other conservation...
Read more

QCOSTARICA - In 2020, Costa Rica was the largest...
Central America