The Goose with the Golden Eggs: Tourism on Costa Rica’s Pacific Coast 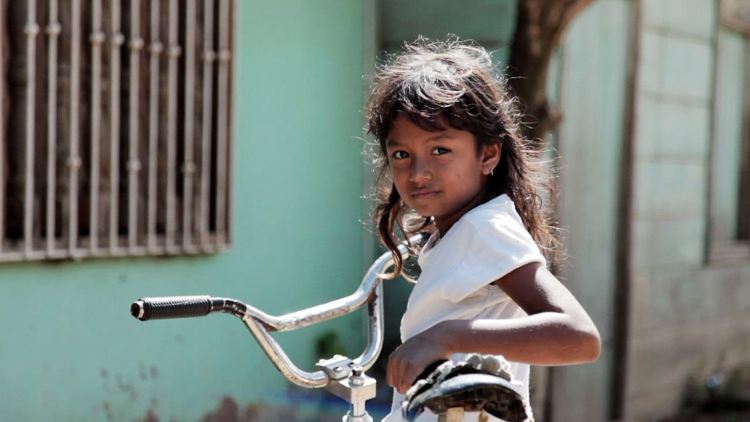 The Goose with the Golden Eggs: Tourism on Costa Rica’s Pacific Coast is both provocative and informative, as it examines the impacts of different models of coastal tourism in Costa Rica, from small-scale eco-lodges and a sustainable mid-sized resort to large-scale resorts, vacation homes, and cruise ships along the northern Pacific Coast.

The film features interviews with Margarita Penon, Costa Rica’s former First Lady and member of Congress, as well as with other government officials, tourism experts, and residents of coastal communities who are affected by Costa Rica’s tourism boom.

Introduced in 2011 as “Cracking the Golden Egg”, the film has been revised and rewritten.

“The travel industry has become so powerful it can make or break a village or a country. The Goose With Golden Eggs reveals how even Costa Rica, the capital of ecotourism, is vulnerable to large resort hotels that can decimate coastlines and local communities,” observed Elizabeth Becker, author of OVERBOOKED: The Exploding Business of Travel and Tourism. “This film portrays the differences between high volume industrial scale resort and cruise tourism and high value nature-based tourism.”

Produced and directed by filmmakers Charlene Music and Peter Jordan, this documentary was commissioned by the Center for Responsible Travel (CREST) a global non-profit institute specializing in sustainable tourism.

CREST conducted a two year study of the impacts of tourism along Costa Rica’s Pacific coast.

A crusading film on the impact of tourism on Guanacaste province and the Osa area that was introduced in 2011 as “Cracking the Golden Egg” has been revised, rewritten and reissued. The producers, the environmentally conscious company known as CREST (the Center for Responsible Travel) shelved the project.

The path is an unusual one for a documentary: the push back stirred up by the original caused such a turmoil that the producers stopped distribution. The Costa Rican Tourist Board (ICT) was especially indignant. The new version is called, “The Goose with the Gold Eggs.”

Dr. Martha Honey is no stranger to digging behind the superficial. In the 1980s she and husband Tony Avirgon covered Costa Rica, teetering on the edge of the Central American cauldron while the CIA attempted to use this country to aid its not-very-clandestine war in Nicaragua.

In fact, Dr. Honey wrote definitive articles for U.S. media on Costa Rica and her husband was badly wounded by shrapnel when a terrorist blew up a press conference in southern Nicaragua. The couple’s coverage provided U.S. readers with initially the most thorough picture of those times.

Since then, her attention has been attracted to tourism and its impact on the environment. This current project was touched off by a 2008 speaking engagement she had here. After her presentation, many people confided to her that they were concerned about the willy-nilly growth of the industry here.

A co-director of CREST (which has headquarters in Washington D.C. and at Stanford University), Honey gathered a 15-person team, relates The Tico Times, that wrote a definitive study on Costa Rica’s tourism boom, including plush hotels built in violation of local regulations.

But, knowing how loath people are to read the often turgid prose of a study, Honey hatched the idea of a documentary film. What was missing from the study were the voices of residents of the coast and how they experienced tourism growth.

Even before starting the second draft of the film, Honey enlisted the aid of the environmentally-conscious Corcovado Foundation dedicated to protecting Corcovado National Forest, and former Costa Rican First Lady and lawmaker, Margarita Penon.

Penon, fully bilingual and eloquent, gladly came on board and is quoted in press material as saying, “We hope that this film and the CREST study will stimulate a much needed public discussion on what types of tourism are most appropriate and beneficial to Costa Rica.”

If properly managed,” Penon continues, “tourism can bring benefits to communities and to conservation, and Costa Rica can choose to turn the tourism industry into a green and sustainable industry. It can choose not to kill the goose that lays the golden eggs.”

The CREST study showed that not all tourism leaves an economic footprint. For example, the cruise ships docking at Limon and Puntarenas mean relatively little economic boost to the local economies.

Note: This is a mere summary of the original article that can be found at ticotimes.net We also suggest that those unfamiliar with the unwise policies of the Reagan Administration in Central America should click on a story that Honey wrote for The Tico Times outlining the tumultuous 1980s in this region.

Article with contribution from iNews.co.cr

- Advertisement -
Paying the bills
Previous article[OP-ED] ADOPT THE DOLLAR OR HAS IT ADOPTED COSTA RICA?
Next articleAvantica Starts Innovation Lab in San Carlos