The Patience Ran Out 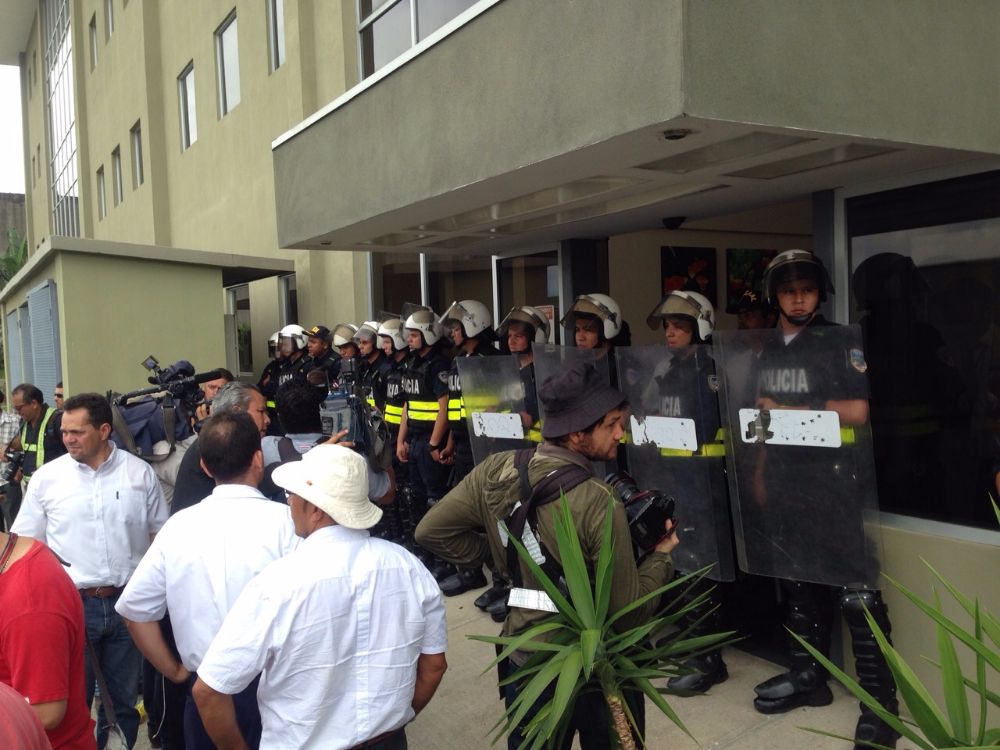 (QCOSTARICA) 2:47PM – A group of taxi drivers, tired of being patient waiting on the Regulador General of the Autoridad Reguladora de Servicios Publico (Aresep) to meet with them, stormed the parking lot, breaking through the vehicle barrier and security officers.

The taxi drivers had vowed the protest would stand until Dennis Meléndez met with them, but then decided to make their way to the front door when the Aresep spokesperson, Carolina Mora, announced that the would only meet with them next week.

Police formed a barricade at the front door preventing the taxistas from entering the building.

Gilberth Ureña, head of the taxi union, Foro de Taxistas, said it is not acceptable, the Aresep is paid for by the public – both providers and users of public services – and the Regulador is nothing more than a public servant and demanded that he meet with “the public” at his front door.

The taxi drivers took to the streets in protest since early Wednesday morning, collapsing major routes, including forcing the complete closing of the Ruta 27 between La Sabana and Escazu.

The traffic police regained control of the routes, save for the Guachipelin road that runs in front of the Aresep offices.

The taxi union is demanding the Aresep change its formula of determining taxi fares, a method applied since 2009 and does not take into account items like maintenance, repairs and insurance, among others.