The Push for Wind Power in Costa Rica

COSTA RICA NEWS  — The wind power projects currently under development in Costa Rica by national and foreign investors have a combined capacity of 185 MW. 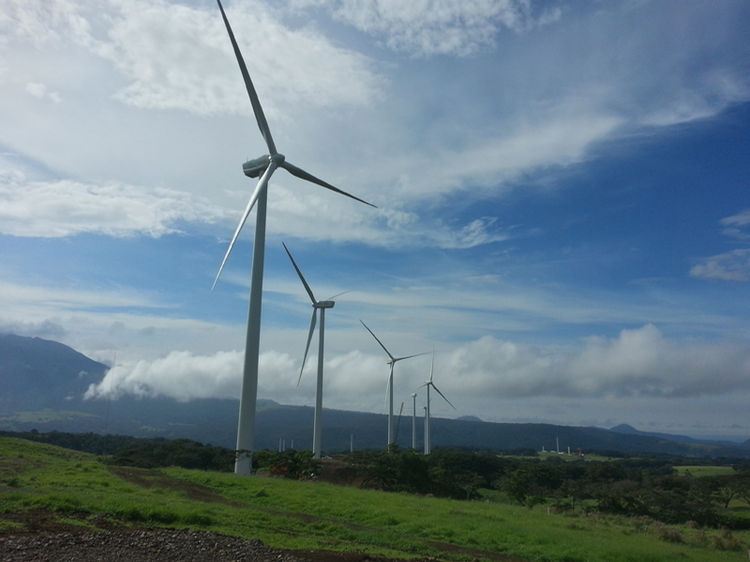 Data from the Instituto Costarricense de Electricidad (ICE) –  the Costa Rican state energy company – shows that during 2013 energy from renewable sources accounted for 88% of total production in the country. Among the companies currently investing and seeking further development in the energy sector are Globeleq Mesoamerica Energy, Group Ecoenergía and Coopeguanacaste, Tilawind.

Elfinanciero.com reports that “… According to ICE up to July 2014, several wind farms are currently being developed among which are Orosi, Campos Azules, Altamira, Vientos de la Perla and Vientos de Miramar, led by Globeleq Mesoamerica Energy and developed by various companies … These involve a total investment of $324.8 million and will be located in the areas of Quebrada Grande Liberia in Guanacaste and Tilaran. ”

Allan Broide, senior director of projects at Globeleq Mesoamercia Energy, added that “… Wind power is complemented nicely with the Costa Rica hydrothermal system, because the seasonal wind resource peaks precisely when rain is needed to fill reservoirs. Generation based on wind in the country is rising. ”

The small Central American country of Costa Rica is known to be one of the top locations to retire, but it is also known...
Redaqted