TODAY in COSTA RICA – If you’ve visited the Parque Metropolitano La Sabana (La Sabana park) recently and noticed many trees missing, not to worry, they are not being stolen by thieves known in Costa Rica to take anything that isn’t nailed down. Trees are not nailed down.

No, no, no the missing trees are part of the reforestation project of the metropolitan park, which is now in its seventh year, part of the new image of the “lung” of San Jose.

This initiative aims to replace species of trees that are not native to the area, which are sick or threaten the habitat, with other native plants.

“This project is very diverse in species, in total we have managed to plant 223 different ones. That diversity is only found in a primary forest, in Osa or Talamanca,” explained Armando Soto, technical coordinator of the initiative.

Among the species that have been planted that stand out are the “cortés negro“, in danger of extinction and the “guayacán real” that contains the heaviest wood of the world.

“The reforestation project has been consolidated as an initiative that has allowed added value to La Sabana Park. In addition to maintaining the essence of La Sabana Park, a colorful, lively space for sports and recreation, for the enjoyment of all,” said Lisseth Villalobos, the head of the Instituto Costarricense del Deporte y la Recreación (ICODER) Facilities Management.

According to Villalobos, the trees being planted this year are from the nurseries of the National Power and Light Company (CNFL) and the La Reforma Penitentiary Center. After the two year process of previous growth and development, they ready to be planted in La Sabana. 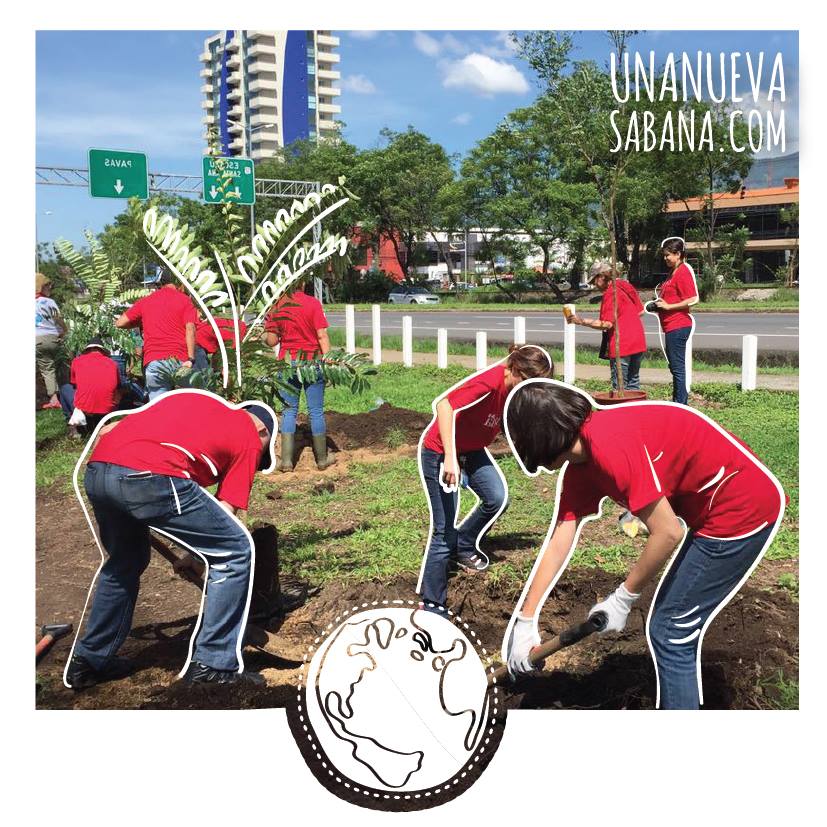 The goal for 2017 is to plant 600 new trees, to be done over seven ‘planting’ day events, involving volunteers. Last month, August 20 and 30 were the planting days.

So far, 2,886 people have participated, including the famous and everyday Juans.

For the most part, the wood of the species that are cut, is used to make picnic tables, signs and trash cans to place throughout the park.

“This allows us to close the whole cycle,” added Rocío Zamora, public relations manager for Scotiabank, one of the project’s members.

Individuals or companies that want to be linked to the project and participate in the next days of planting can visit the site www.unanuevasabana.com and Facebook.

Players from Canada are often looking for a new...
Business