Coco Island and her surrounding maritime zones in Costa Rica have been protected by standing legislation over the last few years. This, however, has done little to prevent the incursion of nefarious shark finning crews who thumb their noses at the law and prey upon the selachian species that make the waters of Coco Island their home. 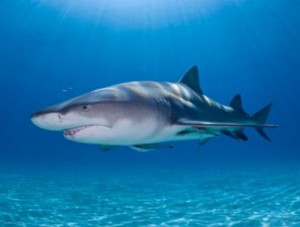 According to online news daily Costa Rica Hoy, illegal fishermen and shark fin poachers continue to operate around Coco Island despite the increased of law enforcement officers in the area. In mid-July, a joint effort from the National Coast Guard Service and National Park Rangers resulted in the confiscation of fishing gear and catch from a fishing vessel that had cast its lines near the island. According to Geiner Golfin, administrator of the Coco Island National Park, authorities did not find detached shark fins aboard the vessel; however, their intelligence on this particular crew led them to confiscate their shark catch and gear.

This is what the Coast Guard and Park Rangers in Costa Rica know about the current situation in Coco Island:

Administrator Golfin laments that legislation in Costa Rica does not allow for a full vessel confiscation. Still, the Coast Guard and Park Rangers vow to continue frustrating the efforts of these crews by confiscating their catch and their fishing gear. They can’t get to all of them, but their actions have caused enough consternation to provoke ire among some shark fin poachers who have launched death threats at the Park Rangers.

Q24N - El Salvador may be the first country to adopt bitcoin as legal tender, but recent developments suggest that it might not be...
Coronavirus

Today, Saturday, June 12, only ODDS can circulate. The measure is countrywide and applied between 5:00 am and 9:00 pm, save for those under the...
Expat Focus