The Weather Continues To Batter Limon 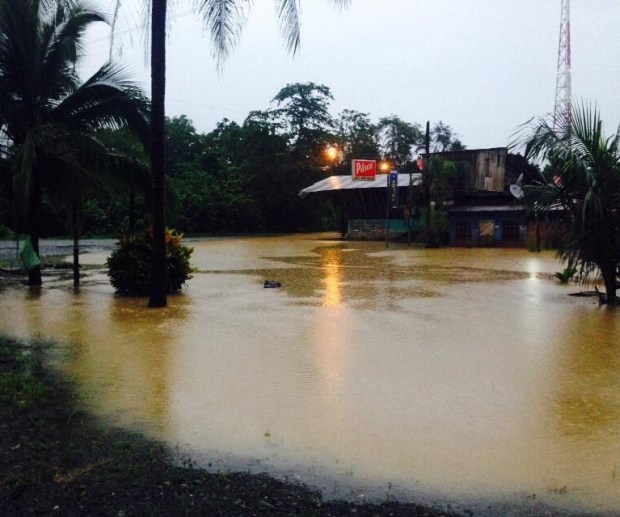 (QCOSTARICA) Several communities in the province of Limon continue to be battered by heavy rains. In some places like Gali, Cuatro Millas and Manguita, the water is up to a metre high.

In Matina and Estrada, the raging waters broke through the dykes, flooding at least four banana plantations, where workers had to be evacuated in boats.

As of this morning, at least 40 houses were flooded and 60 people moved to shelters.

The worst is yet to come. A low pressure system over the Caribbean is expected to dump more rain today on the already badly affected areas.

The Ministerio de Obras Publicas y Transportes (MOPT), reports the clean up of the Ruta 32 between San Jose and Guapiles was completed last night, however, they are continuing to keep the road closed, continuing their evaluation of the road conditions. Yesterday there were five landslides in the area of the Zurqui.

The Ruta 126 in the area of Vara Blanca, also continues closed.

The National Emergency Commission (Comision Nacional de Emergencias – CNE) raised the alert from green to YELLOW for the areas of the Caribbean (Limon), Saripiqui (Heredia) and Turrialba (Cartago). 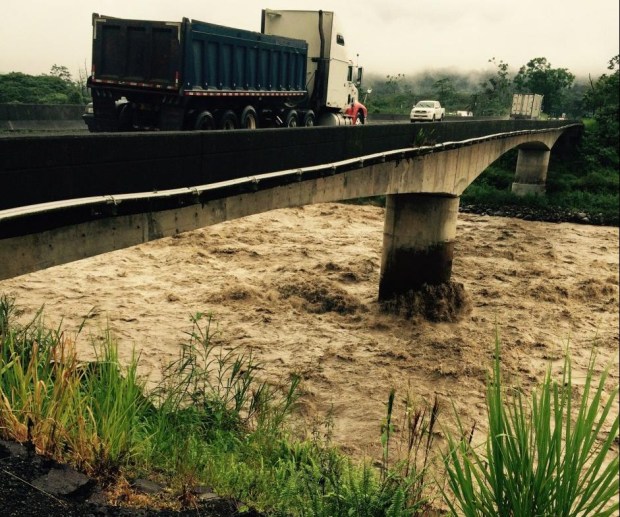 - Advertisement -
Paying the bills
Previous articleBombs go off in Bogota: 8 injured
Next articleGasoline Prices Lower Today Than In 2010