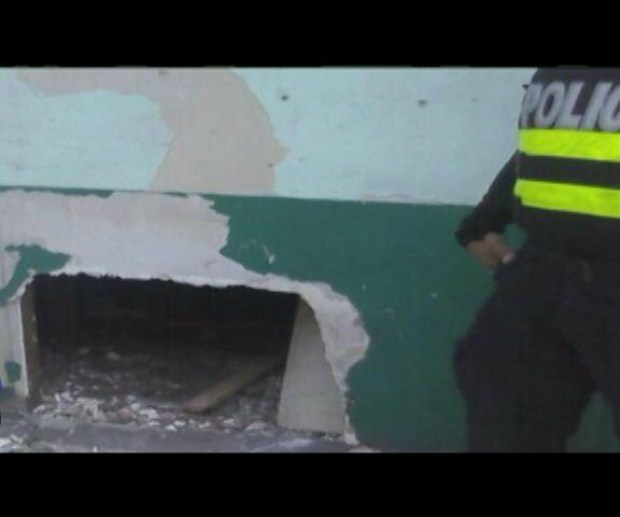 QCOSTARICA – With the intent of stealing a television set from a bar in downtown San José, two men opened a hole in the wall of the Bar Limón, located on Avenida 7 and Call 1.

However, the masterminds of this heist didn’t get very far, not even out of the door of the bar.

The police report says a tip of two men acting in a suspicious alerted officials of the Fuerza Publica (police), who managed to stop them as they left the bar.

The men, identified by their last names, Sanchez and Cerdas, who were caught ‘red handed’ as they tried to leave the premises with the TV, have a history of crimes against property.

Both were remanded to th Flagrancy Court (Fiscalía de Flagrancia) for a quick process that includes trial and sentencing the same day.

TODAY NICARAGUA – In an unprecedented persecution, the Daniel Ortega regime detained four presidential candidates in one week, a move that is part of...
Entertainment

QCOSTARICA - The multipurpose national stadium, the first modern sport and event arena to be built in Central America, located La Sabana. The stadium was...
Disasters

QCOSTARICA - Costa Rica's legislature approved, in the first debate, a bill that reduces the minimum amount that a foreign pensioner or rentier must...
Reports