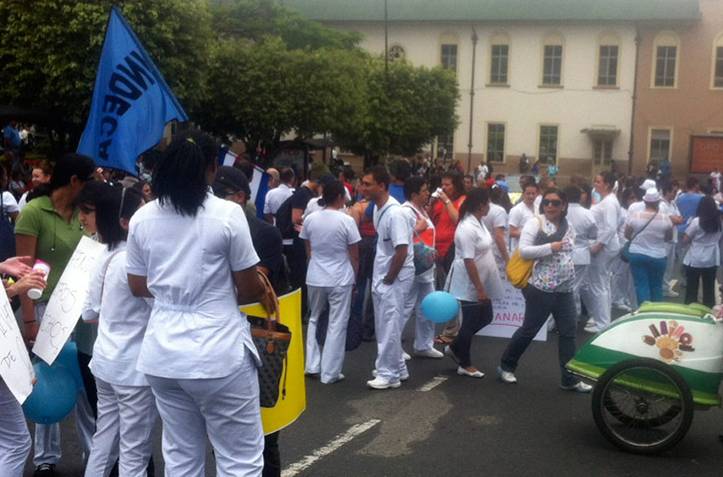 “These policies have come to destroy the institutions of social welfare we have in our country, replacing them with poverty and the concentration of wealth in the hands of the few,” Luis Chavarria, leader of the UNDECA public employees union.

Unions from the sectors of education, healthcare, utilities, telecommunications and the ports, along with social groups defending citizens’ rights, took part in a the one-day general strike and were on hand for the peaceful march that blocked one of San Jose’s busiest thoroughfares.

Wrapped in the flags and wearing the T-shirts of their respective unions, workers shouted slogans and waved banners against the corruption, the new taxes and the government of President Laura Chinchilla.

Besides the demonstrations, workers in the Caribbean port city of Limón prevented the arrival of a cruise ship with some 2,000 tourists aboard.

ANEP, the largest association of unions in Costa Rica, called on citizens to take part in the strike to protest the “accelerated process of concentrating wealth among the few, and the sustained growth of inequality.”