Thousands March in Colombia In Defense Of Public Universities

Thousands of students, professors, and university directors of 32 public universities in Colombia participated in the National March in Defense of Higher Education to demand higher budgets and transparency from the national government Wednesday. 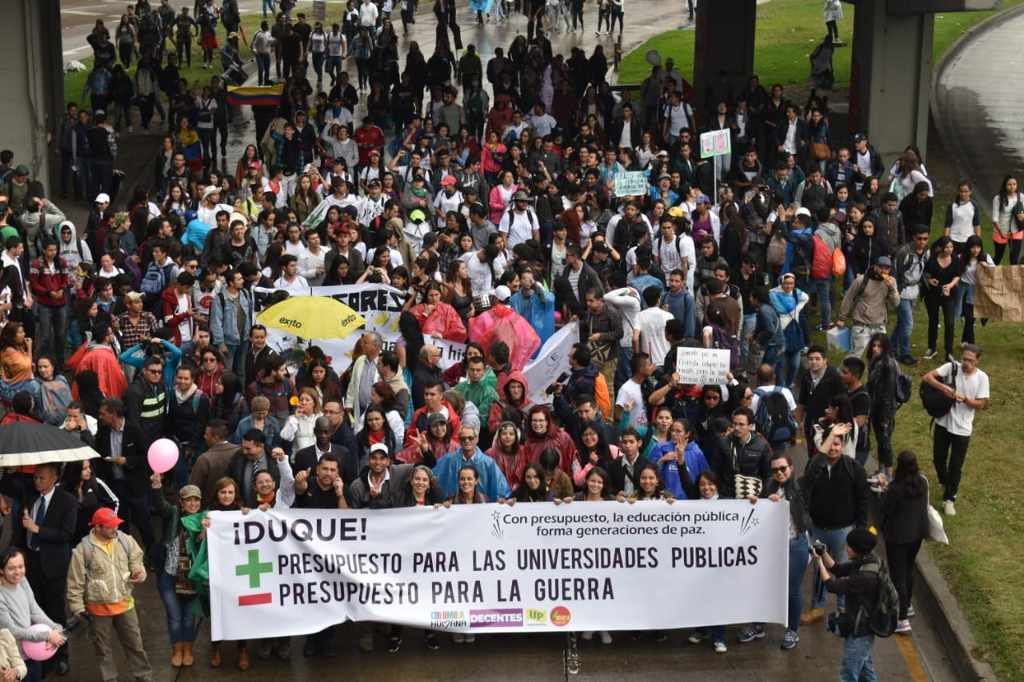 Ahead of the march, students of several faculties in Colombia’s public universities organized a student strike and held permanent assemblies to discuss the student movement’s demands.

Colombians are demanding higher budgets for public education, which for years has lagged behind inflation despite the fact that the public system continues to grow and accommodate more students, many of whom cannot afford private universities.

According to the organizers, public universities are facing a deficit of US$1 million in outstanding salaries to professors and administrative expenses, and US$4.9 million to maintain quality in education and infrastructure.

The president of the Patriotic Union, an opposition party tweeted Wednesday, “Proud graduate of Colombia’s National University. They are the critical thought and democratic reserve for social changes. Today they mobilize to defend the public university from the Santos-Duque privatization. #MarchForTheU”

“For next year with the resources the state gives public universities, it will not be enough to cover the payroll for the National University. That is when you see the defunding, when they say there is no money to buy paper, change light bulbs,” Palacio argued.

According to analysts, the lack of government resources have led to universities trying to produce income, negatively affecting access. “For years ago, enrollment fees at the National University was around 400,000 pesos (US$131)and for 2018 it went up to 800,000 (US$262), that is double the amount and the programs for student well being have decreased,” Palacio explained.

Protesters are also demanding education loans without interest and the regulation of private universities that students claim are being used to produce a profit.

It is estimated that around 50,000 students in Colombia are unable to pay their student loans.

Students from private universities also joined the march. “We join because right now were are in a context of a fractured education system. If the public universities are at their limit, on the side of private institutions the middle class that is impoverished is being strangled and cannot pay an enrollment fee of 20 minimum wages,” Cesar Vargas, student leader of the Universidad de Los Andes said. 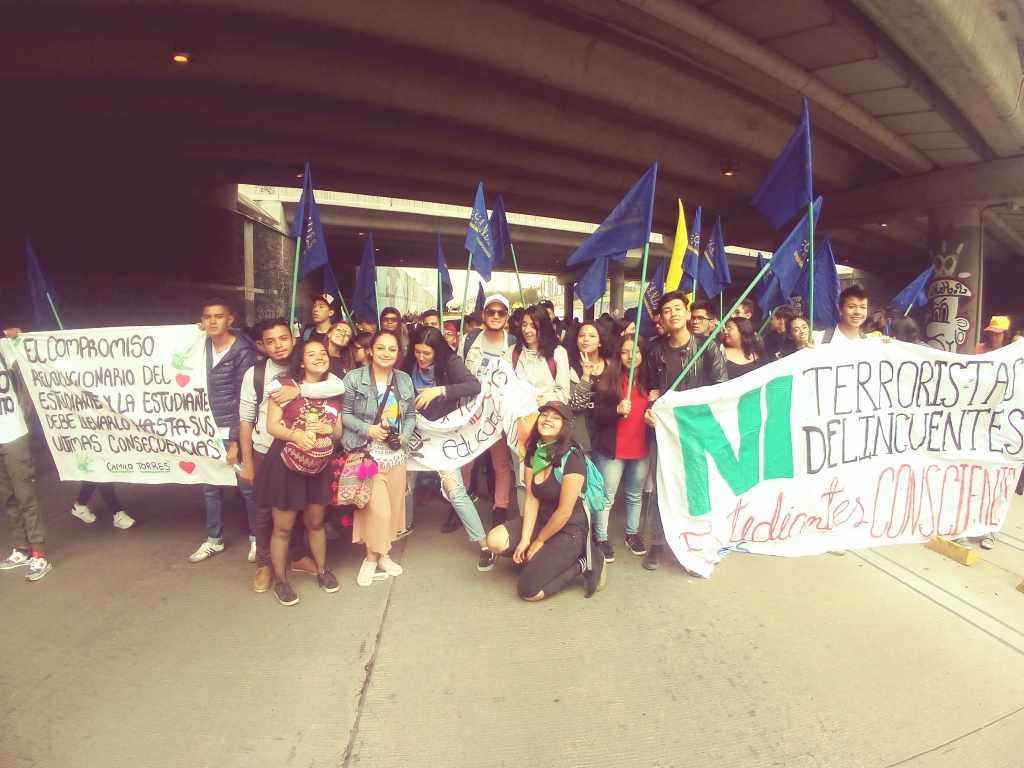 Demonstrations took place in the cities of Bogota, Medellin, Bucaramanga, Cali, and Barranquilla, among others. The organization of these protests was agreed on during a student congress held between Sept. 14 -16.

Students and professors are also demanding the government guarantee their right to protest, in a context where state officials have sought to delegitimize social protests by accusing them of receiving funding by illegal armed groups.

TODAY NICARAGUA – If he wins the presidency of Nicaragua, the...
Read more

QCOSTARICA - In contrast to the belief that only the old get deadly sick after being infected with covid-19, a 27-year-old old and a...
Coronavirus

QCOSTARICA - The demand of Costa Ricans to go to get vaccinated against covid-19 in the United States increased strongly from Semana Santa, so...
Vaccine