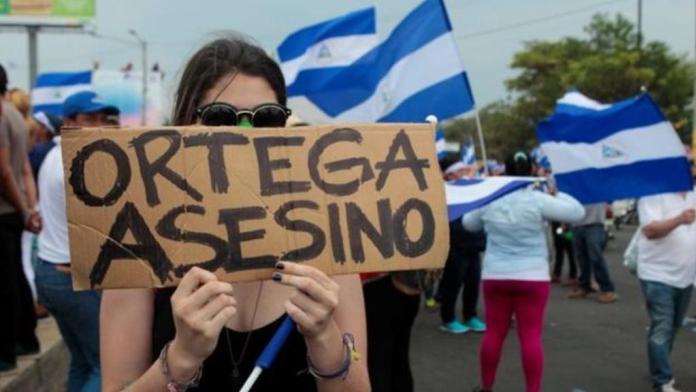 Thousands of Nicaraguans have taken part in new anti-Ortega protests in Managua, Matagalpa, and Chinandega.

Since Wednesday, wearing the blue and white of the Nicaragua flag, protesters held pictures of people reportedly killed in the first days of demonstrations last month.

The unrest began on April 28 when the government of Daniel Ortega approved an increase in pension contributions and cut payouts in social security.

Pensioners who took to the streets to protest were soon joined by students and other Nicaraguans who have become the biggest challenge to Ortega’s authority since he took office 11 years ago and was able to make changes to the country’s constitution to re-election and consolidation of power, including the 2014 electoral reforms scrapping of presidential term limits.

Daniel Ortega is currently in his third consecutive term, in the last elections Last year, his wife, Rosario Murillo, was elected as vice-president, further consolidating Ortega’s power in the country.

The changes are seen by many Nicaraguans as a threat to democracy and some of those who have been demonstrating have accused Ortega of being a “dictator”.

Despite the revocation of the changes to the pension reforms, it failed to calm the protests, in which more than 40 people, mostly university students, have died. Human rights groups put the death toll at more than 60. Official figures are not available.

In addition, President Ortega called for a “national dialogue”, calling on the Catholic Church to mediate. But meetings that is to also include the business sector have yet to take place.

The renewed protests that began on Wednesday demand freedom of expression, access to information, an end to the violence and a call on Ortega and Murillo to step down.

An important change in the recent protests is the decision by the National Police not to confront the protesters and Saturday’s announcement by the Nicaraguan military to distance itself from Ortega and sayings it will not ‘repress’ the population.