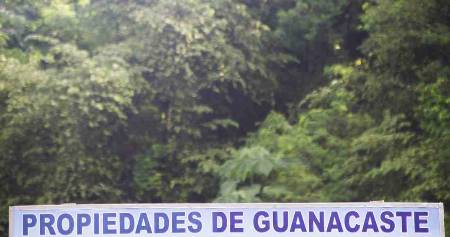 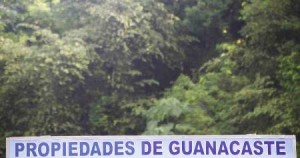 The investigation gathered force after the December 2012 edition of The Voice reported on 16 cases of fraudulent property registration transfers. By October, the office of NCCC Consultores reported 22 cases, for the most part involving the same people.

The lawyers have the last names of Quesada Ugalde, Herrera Fonseca and Vargas Barrantes and have participated in almost 60% of the reported cases.

Two properties in Nosara have been returned to their owners, while a title insurance company already had to compensate a dispossessed owner.

One person accused of posing as the real owner of the property has been arrested and released due to advanced age and health problems; however, he should be brought to trial soon.  Two of the accused fled, but the authorities expect to capture them soon.

An individual of the community of Nosara has been sentenced to three years imprisonment but was released since this is the first time the person was found guilty.  However, the individual is a repeat offender in other similar processes and a date has already been set for a hearing.

Finally, the groups of thieves have decreased their intensity and when alerted that there are causes that can lead to serious consequences, they have changed strategies, using young people from poor backgrounds that allow their names to be used in the frauds.

It is possible that the criminals are migrating to other areas since the lawyers that were commonly used are not available because they are in prison, and in addition they know that they are subjects of an open investigation against them.

The legal processes, which last up to 8 years average from the moment the denunciation is filed, make it hard for the victims to realize in the short term that the law does exist to protect them against real estate fraud, and that sooner or later all will be dealt with.  Unfortunately, since the wave of real estate frauds is very recent, the action of justice, although underway, has been slow, and the investigation process sometimes lasts longer than expected.

First of all, we must recognize that the judicial system is not infallible, that the resources are limited and that the criminals use the procedural benefits in their favor to extend hearings, hinder access to the evidence, etc. Nonetheless it is relatively quick to immobilize the assets, so that the stolen property is taken off the market and may not be transferred.

Once the property is immobilized, OIJ verifies the evidence submitted to confirm the illegality of the property transfer and who has or have been the direct and indirect author(s) of the criminal offense.  Afterwards, the date for a preliminary hearing is scheduled, where it is possible to conciliate, or to go to the final trial, where the penalty imposed can range from six months to twelve years imprisonment.
Tags:
FraudPropertiesLawyers