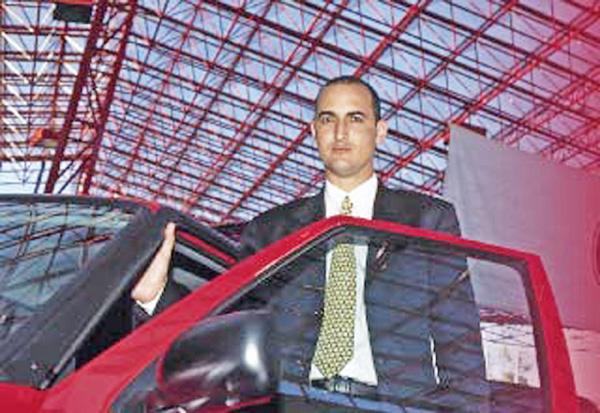 Gabriel Ricardo Morales Fallón, founder of Thorneloe Energy (later changing its name to THX), is the man behind the loan of the plane for Presidenta Chinchilla’s travel to Peru this past weekend.

In Colombia, Gabriel Ricardo Morales Fallon, is under investigation for alleged ties to drug trafficking and money laundering. (El Tiempo)

In 2007, the THX founder spoke to the Colombian magazine Revista Colombia about alleged ties to a Colombian drug lord.

“In Bogota, Chupeta has a senior executive with the alias Rimax or Ricardo. Mr. Rimax has executive level contacts that infiltrate the intelligence director’s office of the Police and is kept very well informed of all arrest warrants and extradition of all members of the organization”, Morales told his interviewer.

JuanCarlos Ramírez, known as Chupeta, was a Norte del Valle Cartel leader, who also is accused of drug trafficking and several murders and has been cited as “… one of the most powerful and most elusive drug traffickers in Colombia.

Investigations into Chupeta’s organization (after his arrest in August 7, 2007), investigators obtained reliable reports that Rimax or Ricardo would actually be Gabriel Ricardo Morales Fallon. Investigators learned that Morales was a renowned businessman and manager of Autocheco Lta, marketer and importer of Skoda vehicles in Colombia, and without a criminal record. Investigators also learned of possible interests in Pexin SA, an oil company based in Cali, Colombia. 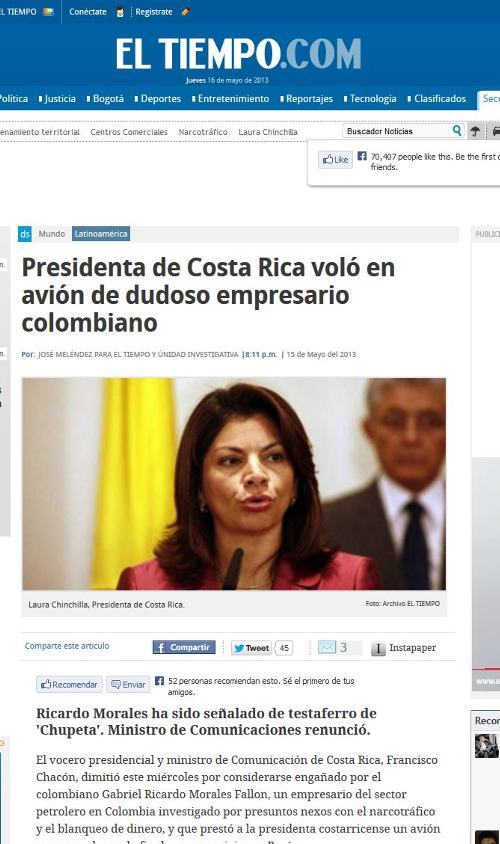 In today’s digital edition El Tiempo says that the last time the public saw Morales was at the end of 2008, in between two Swedish models, dressed in red and displaying a late model Skoda car at a fair in Bogota.

Just a year earlier, the entrepreneur denied accusations of intelligence agents who claimed that ‘Rimax’, one of the figureheads of  Chupeta, was him.

But his name was on the radar of the authorities since 2003, when El Tiempo revealed an irregular multi million dollar importation of luxury Skoda model cars into Colombia.

Morales’ name surfaced again in February 2009, in the scandal over the illegal use funds of Colombia’s state oil company Ecopetrol through Fidubogota.

In that case, Morales immediately returned the money, later leaving the country with a clean record, even though his home and Pexin Oil (to which he had alleged ties) were raided by authorities.

The shadow of Morales appeared again in Colombia, in the Ronda 2010, the big award of blocks for exploration of gas and oil, by the National Hydrocarbons Agency (ANH).

Sources close to the sector told the daily El Teimpo  of Morales taking part in the bidding. “There is not link to Morales” is the official word of the ANH.

Although the Morales name is not on paper, there are people close to him that are. El Tiempo names one Sandra Lucia Parra Jimenez. who is named for the assignment of the Putumayo 12, one of the most coveted blocks.

Parra was, until recently, legal representative of Montco Energy, a firm that was left with that block and sold to Arab oil Abby Badwi.

Parra, in documents uncovered earlier this year, is named secretary of Pexin USA, a company incorporated in Delaware (US) by Morales’ mother and sister.

QCOSTARICA - Changes in consumption habits in terms of times, types of preparation and specialties challenge the coffee sector. Most of the consumers in Costa...
Health

QCOSTARICA - Ever wonder why your surfing on the Internet slows down, to even a crawl, mainly in the evenings? This is due to...
Redaqted