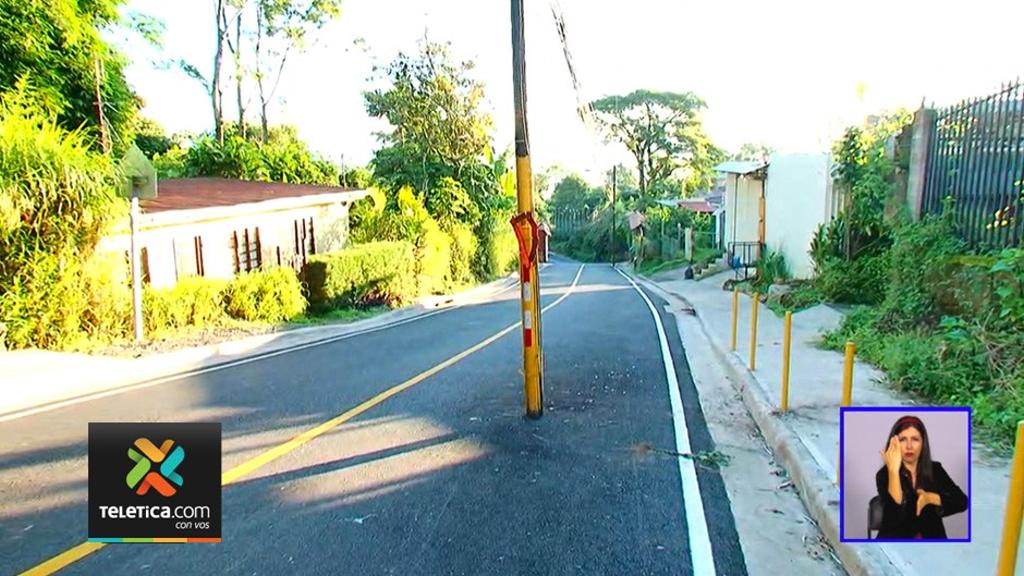 TICO BULL takes you this morning Escazu, Calle Lajas in San Antonio de Escazú to be precise, where literally in the middle of the street sits a utility pole. For us living in Costa Rica this in itself is not news, except that we are talking about a road that was recently paved and lines painted.

For us living in Costa Rica, this in itself is not news except that we are talking about a road that was recently paved and even lines (another accomplishment) painted.

According to residents of this Escazu street, interviewed on national television, the road was rebuilt about four months ago. The utility pole that was smack in the middle of one of the lanes of traffic remained where it is, the contractor working around it. But this is not the only utility pole encroaching a public road, up the street, the preceding (or following, depending on your direction of travel), another utility pole sits partially in the same lane.

Photos of this feat of engineering went viral on the social media this weekend. The morning television news, both Teletica and Repretel, dedicated several minutes of their morning report to bring the situation attention. Teletica did a live on scene report.

After the airing this Monday morning a commitment was received by the Compañia Nacional de Fuerza y Luz (CNFL) – the national power and light company, a division of ICE – to relocate the utility poles. By the weekend. Maybe. It’s complicated.

“We are going to proceed in this week, but as it involves the suspension of services, we must respect the technical regulations of Aresep, we have to give them three days, so if we notify tomorrow, we will do the work done by Friday or Saturday,” explained Luis Fernando Andrés, head of distribution at the CNFL.

How can this happen?

Little planning? Collusion? Incompetence? One hand not telling the other what is being done? Corruption? Stupidity? You pick one, combine several, or choose all.

Basically, the way things seem to work in the country of paradise is that you have several public entities having jurisdiction but none communicating. The utilitity poles belong to the CNFL (ICE), the road to the Ministry of Transport (MOPT) and in many cases, like this one, I presume, the municipality has taken the franchise from the MOPT to execute a local project.

A contractor is hired for a specific job that most likely does not include the relocation of the utility pole. The contractor cannot touch the pole. So, what is a contractor do to? Wait around for the CNFL to relocate the pole before working on the project? That could be never?

Then there is the inspection. What inspection? If an inspector has done his or her job or if even they showed up to inspect the work, one can assume that either there would have been some action to correct the problem and/or no payment made. We can only assume that in the former none was taken and in the latter, payment was made.

And as in Costa Rican style of things, only when the situation becomes a public shame, can promises be made to correct. And surprisingly sometimes they are corrected. 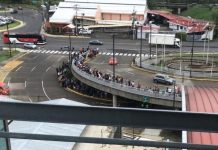