COSTA RICA NEWS – Following La Sele’s loss to The Netherlands on July 5, the “casas de empeños” (pawnshops) saw a rise of 15% to 40% in the number of smart televisions and screens pawned for a loan. 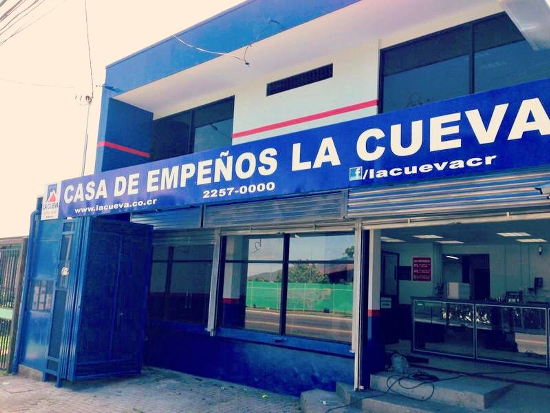 The majority of the sets are the thin LCD and LED displays with screen sizes from 32″ to 42″, and smart TV’s that connect to the internet and the use of apps.

The sale of televisions saw a sharp rise starting in May. Weeks ahead of the World Cup games retailers across the country offered promotions and easy payments.

After Costa Rica was out of the games, many turned in their televisions for cash in hand.

In a report by La Nacion, Morman Moya, general manager of the Casa Empeño La Cueva,  in operation since 1970, says there was a increase of 10% in the demand for loans during the games, and now around 15%.

Television sets are also accumulating on the shelves at Prestamás, another of large pawnshops in San José, Limón, Guanacaste, Puntarenas and Alajuela.

Diego Martínez, manager of the Prestamás San José branch, said before the games customers came in to buy and now they are returning  to pawn the sets. Martínez says that there has been a 20% increase in the number of screens brought in the days following Costa Rica’s loss, the majority being faily new, manufactured in 2013 and 2014 and still in the original boxes.

At Singer Cariari, in Guápiles, manager Iván Jiménez, says they have seen a 40% increase in television sets, mainly of the 32″ variety.

According to the Ministerio de Hacienda (Tax Department), in May the tax revenue on the sale of screens was close to ¢3 billion colones, 130% more over the same month last year.

Pawnshops in Costa Rica charge 5% monthly interest on items valued over ¢100.000 colones  and 10% monthly for items valued below.  See our report Pawnshops Do Brisk Business In Cash-Strapped Costa Rica After Christmas

These high interest loans are legal. Money is lent on collateral with specific rules, like the borrower is the legal owner of the merchandise and must provide picture ID, like a cedula or passport.

The borrower receives the loan with 90 days to pay, with the goods remaining the property of the borrower, the pawn shop is simply storing it. If the goods are claimed and the interest payments lapse, the pawn shop can then legally sell the goods.

Pawnshops make two types of loans, one where the borrower has every intention of returning for the goods and the second, a cash sale, though the pawnshop operator has to abide the same rules, including the legal waiting period, as if the goods were pawned.

QCOSTARICA - Puntarenas is the only province in the country that has a contagion rate or "r" rate greater than 1. This is detailed in...
Front Page