"If you feel you can’t do that in good faith, the honorable thing to do is resign," John Feely, U.S. ambassador to Panama 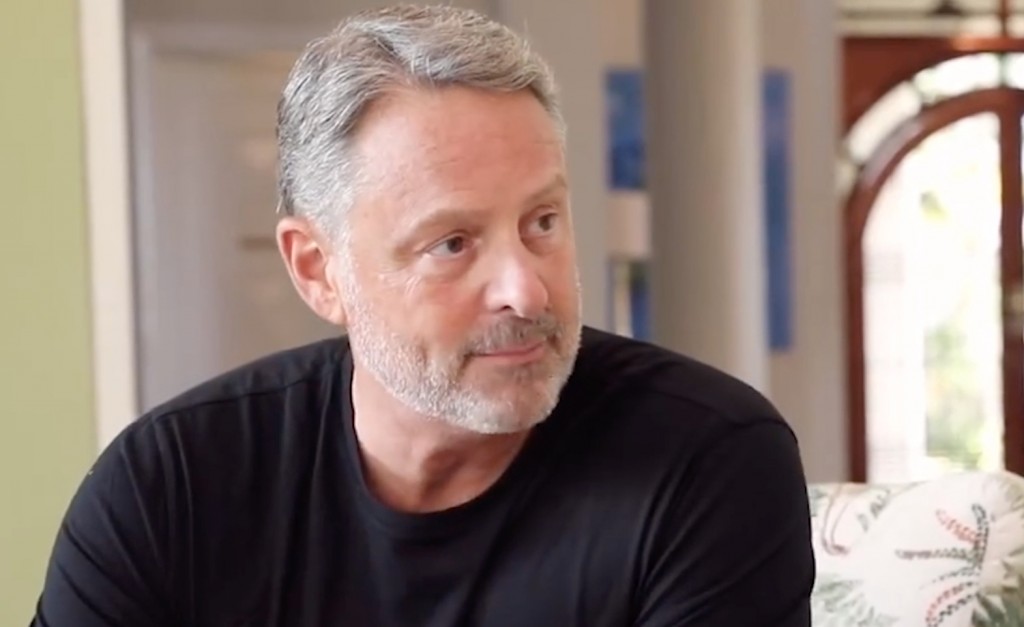 In a farewell video, the U.S. ambassador to Panama, John Feeley, filmed a scene at a tin-roofed barbershop that sits in a graffiti-tagged neighborhood here under a clattering elevated highway.

This was Feeley’s barbershop, a place he visited regularly despite his Panamanian driver’s insisting he should not.

But now, Feeley is leaving Latin America and the State Department after quitting in protest two months ago.

He has posted the last of a series of videos exhibiting the goofy, extroverted demeanor that gained him a wide viewership in Panama over the past two years. Their premise has the out-of-work ambassador ham-handedly applying for jobs in Panama — as a fireman, a taxi driver, a makeup artist to a flamboyant transvestite TV personality — because he likes the country so much he doesn’t want to leave.

It humanizes us,” he said, referring to the United States. “And right now, we need a little humanizing.”

Feeley, 56, flew home from Panama on Friday, capping almost three decades as a diplomat under Republican and Democratic administrations. In the past year, he said, he realized he was working for a president whose policies and tone he could no longer promote or even explain.

“As a junior foreign service officer, I signed an oath to serve faithfully the president and his administration in an apolitical fashion, even when I might not agree with certain policies,” he said in his Dec. 27 letter to President Trump, first reported by Reuters and confirmed by Feeley as his words. “My instructors made clear that if I believed I could not do that, I would be honor bound to resign. That time has come.”

After Feeley resigned, the State Department said it respected his decision.

“Everyone has a line that they will not cross,” said Steve Goldstein, the undersecretary for diplomacy.

With Feeley’s departure, however, the department loses one of its leading Latin Americanists. And because of the leaked resignation letter, he has come to symbolize a string of diplomats who have left their posts saying they feel marginalized and unwilling to represent an administration whose values they reject.

State Department officials insist that policy and procedures have not been adversely affected by the exodus.

“I don’t lose a wink of sleep over the fact that we may not have our nominees in” open positions, Secretary of State Rex Tillerson said Friday in response to a question about departures hampering diplomacy. “We have very capable, skilled career diplomats ready to step up and serve in those positions, and they are serving superbly, and we are moving the policies forward.”

“Nothing is being held up,” Tillerson added. “I am very, very proud of the work of the State Department that we’re getting done.’’

Nevertheless, the diplomatic corps with experience in the Americas has been particularly hard hit by all the departures.

The State Department’s third-highest-ranking official, Thomas Shannon, who helped shift the U.S. focus in Latin America away from small Cold War battlegrounds toward the region’s big economies, announced his retirement last month. William Brownfield, a former ambassador to Colombia, Venezuela and Chile, stepped down last year, as did his wife, Kristie Kenney, also a three-time ambassador, once in Ecuador. All of them are or were career Foreign Service officers, not political appointees.

“With each of these people, and many others, you are losing encyclopedic knowledge,” said Roberta Jacobson, the U.S. ambassador to Mexico, who will herself resign in May.

Feeley, a former Marine Corps helicopter pilot who grew up in the Bronx in a family of New York firefighters and police officers, is a registered independent. One of his former State Department bosses said Feeley “understood hierarchy” and “would salute and move forward” even if given instructions with which he vigorously disagreed.

The realization that he could not be an emissary for Trump was not reached easily, Feeley said.

“My decision was based on a sense of my values as a citizen and a representative of broader American values,” he said.

Advocating for democracy, free trade, human rights and economic development was a given, Feeley said, during his tenure in many posts, including the Dominican Republic, Colombia and Mexico. During Trump’s first year in office, he said, he saw this work diminished — eclipsed by warnings and insults from the president’s Twitter account.

“The whole idea of a rules-based, respectful conduct of diplomatic relations is pretty much what I spent my whole career doing. And we don’t do that now,” he said. “We’ve walked off the field. Not only are we walking off the field, we’re taking the ball and we’re throwing up a middle finger.”

Panama’s decision last June to abandon its decades-long alliance with Taiwan and establish diplomatic relations with China was one instance in which Feeley says he felt frustrated by the administration’s lack of response.

China had become the second-most-frequent user of the Panama Canal, planned to build a railroad to the border with Costa Rica and promised to bring billions of dollars more in investments.

Feeley says he did not fear that China would seize control of the canal. But he did worry that the Trump administration had no effective commercial policy for Latin America and that the United States was losing influence in the hemisphere. He thought a flood of Chinese money could worsen corruption and inhumane labor practices.

Feeley briefed Vice President Pence about the Chinese moves during Pence’s visit to Panama in August. Later, he followed up on Pence’s suggestion that Commerce Secretary Wilbur Ross could lead a trade delegation to the region but says the department did not respond.

“I got nothing,” Feeley recalled.

Several U.S. diplomats in different countries have complained of a lack of guidance and information from headquarters under Tillerson.

In December, ahead of the U.N. vote on whether to condemn the United States for recognizing Jerusalem as the capital of Israel, the U.S. ambassador to the United Nations, Nikki Haley, wrote to member countries saying that Trump “has requested I report back on those who voted against us.”

Feeley received angry calls from Panamanian officials about the letter; he said he had no idea it existed. This type of “foreign policy by ultimatum and by intimidation,” he said, displayed “rank amateurism.”

Goldstein said Friday that the State Department has been working to improve communications with overseas posts.

“Rex Tillerson is not a micromanager,” he said. “He allows people to do their job. And if people need additional support, they need to ask for it, and should be getting it.”

Before coming to Panama in December 2015, Feeley spent a decade working on Mexico issues, as a political officer and deputy ambassador in Mexico and as deputy assistant secretary of state for Western Hemisphere affairs. He had aspired to one day be ambassador there.

He said he found Trump’s campaign statements about undocumented Mexicans in the United States — the president described them as “criminals” and “rapists” — to be “horribly off base, beyond insulting.”

“He’d say, ‘I’m not sure how much more of this I can take,’ even though his public persona was completely lockstep, as it should be,” said Edward Burris, a retired Marine lieutenant colonel who has known Feeley for decades.

Feeley’s breaking point came in August with the white supremacist rally in Charlottesville, when Trump failed to decisively condemn the neo-Nazis. He said he has long considered the civil rights movement one of the finest achievements in American history.

“I have spoken about those struggles for the last 25, 30 years of my life. I represented a country I knew had overcome significant structural racism,” he said. “I saw his reaction [to Charlottesville] as a complete negation of the positive trajectory.”

Feeley has decided to work as a consultant for Univision, focusing on the immigration debate in the United States. He discussed the plan with former Marine friends, some of whom urged him not to leave his ambassadorial post.

But Feeley said he could not ignore the oath he signed requiring him to put aside his personal misgivings to implement presidential policies.

“If you feel you can’t do that in good faith,” he said, “the honorable thing to do is resign.”

Cannabis is popular all over the world. Its leaf...
Politics