Article 52 of Title V -”Social Rights and Guarantees”- of the Constitution of Costa Rica states that:

“Marriage is the essential foundation of the family; it rests upon the equal rights of spouses.”

As clear and elegant as the above statement is, a civic group in Costa Rica would like to see it change by means of a proposed amendment to our Constitution. The group is called Civic Movement for the Rescue of Marriage, which goes by the initials REMA in Spanish; it is an amalgamation of other like-minded civic groups that share the same reactionary view against recent political inroads made in Costa Rica by supporters of the lesbian, gay, bisexual and transgender (LGBT) groups. 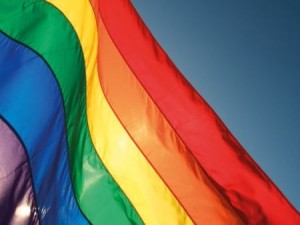 Alexandra Loria, one of the leaders of the REMA group, told online news site CRHoy.com that they are seeking to amend the Constitution of Costa Rica to ensure that Article 52 specifically states that

“Marriage is the union between a man and a woman, it rests upon the equal rights of spouses, and it is the essential foundation of the family.”

REMA is busy collecting the 155,000 signatures needed to take this matter to the National Assembly, where legislators such as the controversial, ultra-conservative and reactionary Justo Orozco Alvarez will probably welcome such constitutional amendment. Legislator Orozco is the leader of the Renovacion Costarricense (Costa Rican Renovation) political party, which is an ultra-conservative Protestant movement. Oddly enough, Orozco also presides over the Human Rights Commission of the National Assembly in Costa Rica, a title that was bestowed upon him by means of backroom wheeling and dealing between the powerful National Liberation Party (PLN in Spanish).

It is important to remember that the PLN is opposed to just about everything that legislator Orozco supports, but PLN legislators need him out of the way on some other issues -hence his bizarre naming to preside a Human Rights legislative group.

Legislator Orozco is also the loudest voice among those who claim to have been duped by the PLN and Broad Front parties when their amendment to support the rights of Costa Rica’s youth, including young LGBT Ticos, was “accidentally passed” by the National Assembly. Orozco immediately called foul, insinuating that his fellow legislator Jose Maria Villalta -presidential candidate and Broad Front’s leader- had pulled a fast one on the assembly by sneaking a line about eliminating discrimination of young Tico couples, without regard to their gender or sexual orientation. Orozco asked for a veto from President Laura Chinchilla, who declined to use her veto powers and signed the law.

Legislator Orozco fears that allowing young LGBT Ticos to form “common law” unions opens the door to future passing of legislation that will approve gay marriage in Costa Rica. REMA does not take such an extreme view. REMA leader Loria explains that they are not opposed to LGBT unions; they are rather defending the importance of traditional marriage in Costa Rica as the basis to bring new life in the country. Loria added that:

“What we defend is not a matter of religious principle; it is a principle that has been around in the greatest civilizations throughout soicety’s [history]“

Should REMA be successful in amending Article 52 of the Constitution, the movement in support of gay marriage in Costa Rica would suffer a major setback. REMA has thus far collected 20,000 signatures of the 155,000 they need to take the matter to the National Assembly. Many of the signatures have been collected on REMA’s Facebook Timeline.

QCOSTARICA - The Caja Costarricense de Seguro Social (CCSS) reports that 70.3% of people over 58 years of age, the so-called Group 2 of...
El Salvador

QCOSTARICA - Puntarenas is the only province in the country that has a contagion rate or "r" rate greater than 1. This is detailed in...
Trends