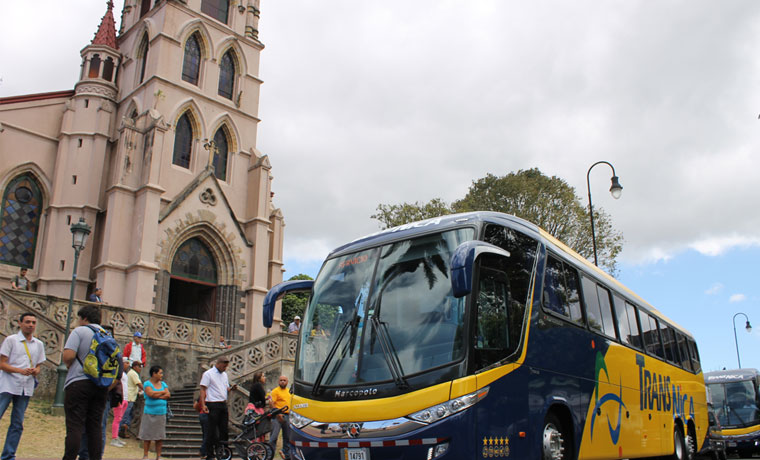 QCOSTARICA – Despite the political tensions between the governments of Costa Rica and Nicaragua, the transport company Transnica says the number of users has not decreased, and that it intends to open a new route from Limon to Managua.

Diplomatic relations between the two countries has been rocky for years, worsening in recent weeks by Nicaragua’s blockade of the Cuban migrants passing through Costa Rica and Central America, headed for the United States.

In the event Transnica is able to obtain authorization, it says it would make two trips daily, each way, between the Caribbean port city of and  Nicaragua’s capital. Buses at both sides of the border would leave 4:30am and 8:00am, with the possibility of adding more trips, depending on demand.

Transnica CEO, Marco Arce, explained the request has been made to the Consejo de Transporte Público (CTP) – Public Transport Council, for the approval of the new route, that make the border crossing at the Tablillas border.

Arce said five buses will be used on the Limon – Managua route that would travel through the northern zone, through areas such as Rio Frio, Sarapiqui, Chilamate, Cuidad Quesada and Los Chiles to Tablillas. In Nicaragua, it will pass through San Carlos, Juigalpa and San Benito to Managua.

Transnica currently offers 14 trips daily between San Jose and Managua, crossing at the Peñas Blancas  border. The current route is via the Ruta 27 (San Jose to Caldera) and the Interamerican norte (Puntarenas to Liberia and the border); in Nicaragua, it passes through Rivas, Granada to Managua.  The trip is expected to take 7 hours.

According Arce the majority of the users are Nicaraguans, though they have a diverse customer base.

It is estimated by the company,  that by 2017 more than 63,000 people would use the new Tablillas border, crossing in both directions, with an average annual growth above 4% by 2032.

We know that casino gaming in all its forms...
Front Page