Trump asked to renew program for Salvadoran and Honduran migrants 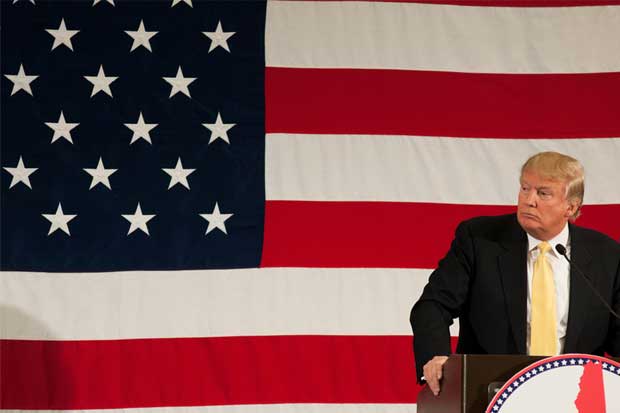 Democrats and activists are calling on the Trump administration to renew immigration permits for hundreds of thousands of citizens from a pair of Central American countries that have experienced serious disasters.

A group of 22 Democratic senators, led by Sens. Ben Cardin (Md.) and Tim Kaine (Va.), wrote Acting Homeland Security Secretary Elaine Duke on Thursday asking her to renew the special designations for Honduras and El Salvador.
“In the United States, we would lose tens of thousands of productive members of our labor force who contribute to our economic growth, pay their share of taxes, and make valuable contributions to key sectors of the U.S. economy,” read the letter.
“The return of more than 250,000 individuals to Honduras and El Salvador would also have destabilizing consequences, straining recovery efforts and exacerbating existing challenges to achieving sustained economic growth and development.”
But administration officials say the program granting the permits, Temporary Protected Status (TPS), has exceeded its statutory intent and become a permanent fixture through consistent renewals. The program has been in place since 1990.
“We’re looking at the fact that TPS means temporary, and it has not been temporary for many years and we have created a situation where people have lived in this country for a long time,” said David Lapan, spokesman for the Department of Homeland Security (DHS).
“It’s been clear that this administration has said, ‘we follow the rule of law,’ ” he added.
TPS is granted by country, allowing certain citizens of nations hit by natural disasters, war or other extreme circumstances to live and work in the United States while conditions improve.

DHS periodically renews or revokes TPS for each country, based on an assessment of each territory’s conditions and the risks to returning citizens.
Currently, 10 countries have the protected status. DHS has to decide in November whether to renew TPS for the nearly 61,000 Hondurans covered by the program, and in January for the 200,000 Salvadorans covered by it.
El Salvador’s TPS status, for example, was granted in 2001, after three earthquakes hit the war-torn and crime-ravaged country. Many of the Salvadorans covered by TPS have made permanent lives in the United States since then, buying homes and setting up businesses.
After 16 years on TPS, many recipients believe it’s time their status is transitioned automatically toward permanent residence and eventual citizenship.
Edwin Murillo, a Salvadoran TPS recipient who heads the National TPS Alliance, an advocacy group seeking permanent residence for its members, said the United States now has a “moral debt” with the program’s recipients.
“We want to know if the United States is our friend,” said Murillo. “The truth is that this is our home, we have children that were born here, we are business owners and have contributed to the well-being of our communities. We will continue to advocate for all immigrants.”
The timing of TPS renewals has stoked fears that the program could be thrown into the larger immigration reform discussion.
“There are more than 300,000 TPS beneficiaries and we refuse to be used as a bargaining chip. TPS beneficiaries must be at the decision-making table for issues directly affecting our community,” said Murillo.
Still, the Trump administration says TPS should be phased out as soon as the situations that precipitated it are resolved, and any change in the program is up to Congress.
In June, White House chief of staff John Kelly — then serving as secretary of Homeland Security — told Haitian President Jovenel Moïse to “start thinking” about how to repatriate the nearly 60,000 Haitians on TPS.
But TPS recipients, Democrats and labor unions are lobbying the administration to give the program’s beneficiaries a path to permanent residence.
Hundreds of people from 15 states are expected to protest outside DHS headquarters on Monday, asking Duke to issue renewals for El Salvador, Honduras and Haiti.
“TPS has been a precious opportunity for over 300,000 immigrants to raise their families and live without the fear of deportation. But after decades of following the rules, it is unfair to suddenly change the game and threaten their livelihoods,” said Martha Arévalo, executive director of CARECEN-LA, an organization that advocates for the rights of Central American immigrants.
“Thousands of immigrants are now fighting to extend TPS for all beneficiaries and find a pathway towards permanent residency,” she added.