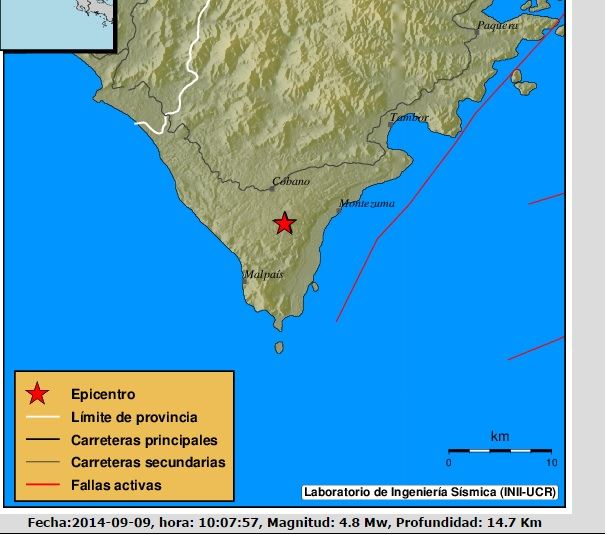 The epicentre of both quakes was in the province of Puntarenas, the first 3 kilometres east and the second 10 kilometres south, of Cóbano, says the Laboratorio de Ingeniería Sísmica de la Universidad de Costa Rica (LIS-UCR).

The tremor was flet throughout most of the country, including the Greate Metropolitan Area of the Cental Valley and in the province of Guancaste.