U.S. Embassy Alerts Its Citizens On Strike in Cost Rica

The U.S. Embassy cannot predict when demonstration activity will subside and recommends that all its citizens in Costa Rica plan accordingly 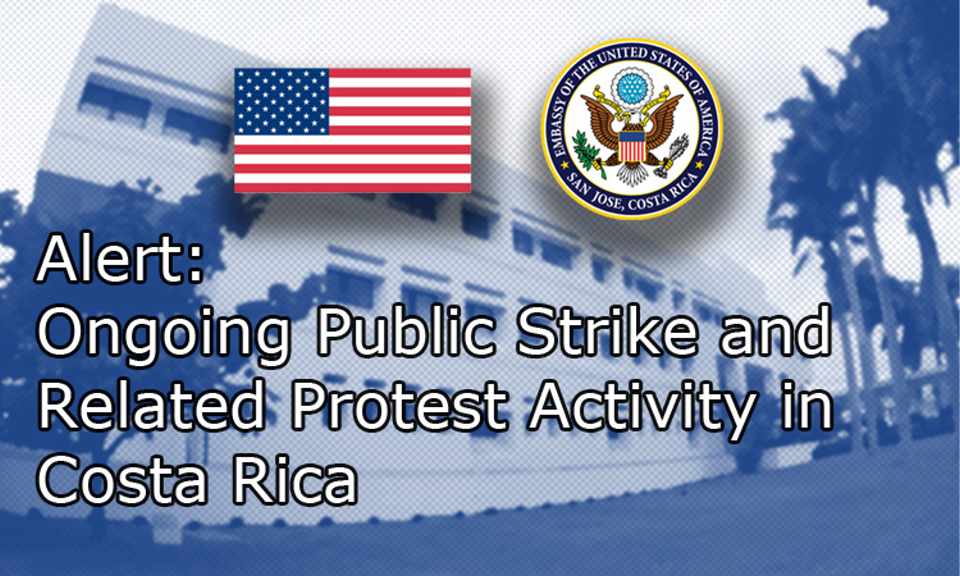 The United States Embassy in San Jose sent an alert to its citizens in Costa Rican territory, as the national strike reached its 9th day on Tuesday.

Through its website, the Embassy mentioned that the demonstration called by the unions, against the tax reform bill and the Government, continue this week throughout Costa Rica, and particularly in San Jose.

“Protesters may express their opposition by interrupting government services, creating traffic jams, and disrupting local commerce. This may occur with little or no warning,” says the message.

The alert repeated the message from the Costa Rican Ministry of Public Security, announcing it will be taking steps to guarantee transit and fuel supplies, though intermittent gas shortages and cancellation of non-emergency medical appointments at public hospitals may occur. Emergency services and local airports are expected to remain operational.

“The Embassy cannot predict when demonstration activity will subside and recommends that all U.S. citizens in Costa Rica plan accordingly,” said the message.

The Embassy recommends the following actions to take:

Assistance: The Embassy also recommends Americans to visit the website and have Embassy contacts handy.