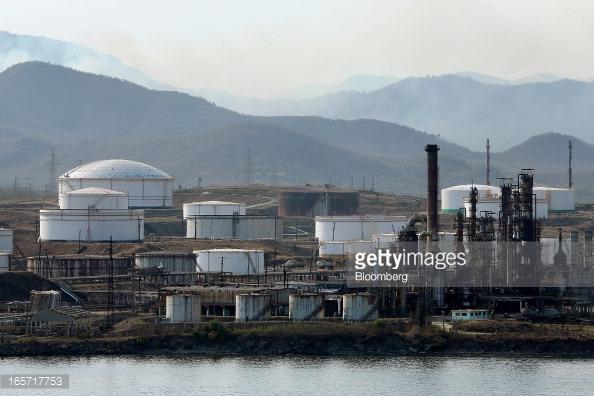 (Bloomberg) The Latin American refinery bust has proved to be a boon for U.S. fuel makers. From Brazil’s Petroleo Brasileiro SA to Mexico’s Petroleos Mexicanos, state oil companies have failed to complete nine projects worth at least US$36.4 billion that would have supplied 1.2 million barrels of gasoline and diesel daily.

U.S. refiners have stepped up to help fill the gap, with exports almost doubling in the past six years, according to the U.S. Energy Information Administration.

Falling oil prices, high levels of debt and failure to find partners to help finance the plants are among the reasons cited by Pemex, Costa Rica’s Refinadora Costarricense de Petroleo SA and Colombia’s Ecopetrol SA for postponing their plans. Brazil’s Petrobras has been slowed by the price drop as well as a corruption scandal.

“Refinery investment plans in the region have really fizzled out over the past year or so,” Mara Roberts, a BMI Research analyst based in New York, said in an e-mail. “Latin America is keen to take in growing U.S. supplies.”

Companies including Valero Energy Corp., Marathon Petroleum Corp. and PBF Energy Inc. have boosted the operating rates of their refineries, and with U.S. domestic demand growing more slowly, the outlet to Latin America is helping sop up excess fuel supply. The utilization rate was at 93.3 percent in the week ended July 29, the highest since November.

Buoyed by cheap oil and gas from shale formations, U.S. refiners increased runs and invested in export terminals, said John Auers, executive vice president of Turner Mason & Co., a Dallas-based consulting firm. Latin America is an “obvious” destination for the U.S. fuel because of its proximity to the Gulf Coast and the delays in building refineries there, he said.

“It’s a hand and glove situation,” Auers said. About 25 percent of Latin America’s fuel demand is currently met by the U.S., he said.

A vessel carrying gasoline or diesel from the Gulf Coast can deliver to Mexico in two days compared with at least 15 for a cargo coming from European rivals.

“We have a competitive advantage going to Mexico and South America,” Gary Simmons, Valero’s senior vice president of supply and international operations, said on the company’s July 26 earnings call.

U.S. refiners are facing competition from Europe, the Middle East and Asia, where exports are surging. Brazil imported diesel from China and Hong Kong in May for the first time in at least five years.

“Certainly we are seeing stray barrels from the Middle East coming into Latin America, and we could see more if European distillate demand deteriorates, but U.S. Gulf Coast refiners are well-positioned to take advantage of LatAm demand growth,” Andrew Echlin, a New York-based analyst with Energy Aspects Ltd.

Petrobras has ended up with four unfinished refinery projects amid the slump in oil prices and a corruption scandal that broke in March 2014 when police arrested a former refining chief, accusing him of involvement in a pay-to-play scheme. The former chief, Paulo Roberto Costa, was found guilty of money laundering and is currently under house arrest after agreeing to cooperate with the investigation.

In response to a request for comment, Petrobras said decisions on the construction of new refineries will be announced as part of its next five-year investment plan. It didn’t disclose when that announcement will be made. Ecuador’s ministry of strategic sectors, which is in charge of the project to build the new Pacifico refinery, didn’t return calls and e-mails seeking comment. Valero, Marathon and PBF declined to comment.

Pemex declined to comment on plans for future or existing refineries.

Ecuador’s government is seeking partners to build the Pacifico refinery, a project that would process 300,000 barrels a day. Colombia’s Ecopetrol said it suspended the expansion of the Barrancabermeja plant until oil prices recover. Costa Rica’s national refiner canceled plans to expand the country’s only plant.

Countries including Brazil are preparing for increased foreign shipments by seeking to expand import terminals, while others, such as Mexico, are building pipelines to connect with the supplies, said Roberts of BMI Research. Poor maintenance at Latin American plants and the shelved projects mean U.S. processors can rely on the region to absorb excess supply for years to come, she said.

“I don’t foresee a major risk to the U.S.’s role in Latin America,” she said.

- Advertisement -
Paying the bills
Previous articleFrom A Former OIJ Official, To A Prison Guard and MOPT Plant Security Guard, Corruption Is All Around Us
Next articleIn Costa Rica, State Pays $8M For What Should Cost $3M