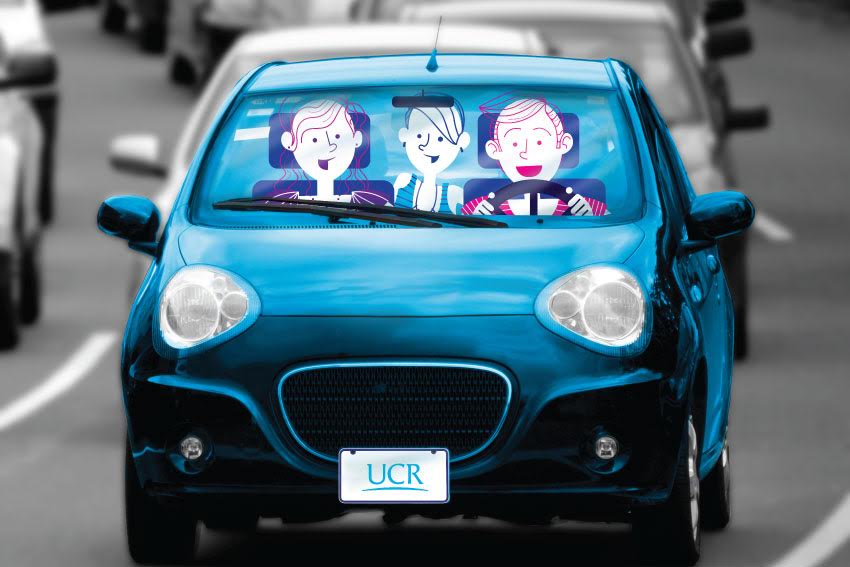 QCOSTARICA – Will the Ministry of Transport (MOPT) also go after Universidad de Costa Rica (UCR) for implementing an Uber style application for students, staff and professors?

Called “Plan Piloto de Carro Compartido UCR” (Carpool UCR), the plan that will soon begin testing, before going into full use, allows a number of people who do not know each to ride to and from the university campus in San Pedro in the same vehicle.

By way of an app (mobile application) students, staff and professors can come together to share travel to and from campus; compare schedules and routes, indicate if a round trip or one-way; and even calculate the carbon emissions of the trip.

The web platform was developed by students of the Ingeniería Civil  (Civil Engineering) with the support of the Oficina de Servicios General (OSG) – General Services office of the university.

The program, for now, applies only to the San Pedro main campus. For more info on the service click here.

The UCR conducted a study to determine the interest of the university community in the program. The results show that of 1,542 respondents 85.2% are willing to participate, using the service up to several days a week.

How does it work?  Participants, those wishing to provide rides as well as get rides send an email and register at the UCR website for the carpooling. All are covered by the mandatory insurance by the INS – Seguro Obligatorio Automotor del INS (SOA). The UCR makes it clear it is not to be held responsible for injuries or fatalities resulting from participation in the program.

While the service has similarities to the Uber app now operating illegally here, according to the university administration, since the service is free and deemed a “carpool” or “ride” (aventon in Spanish), it cannot be considered to be illegal.

Other differences to the Uber, says the UCR: