Uncomfortable Reality Sets In At PAC

NewsFront PagePolitics
By Rico
18 May 2014 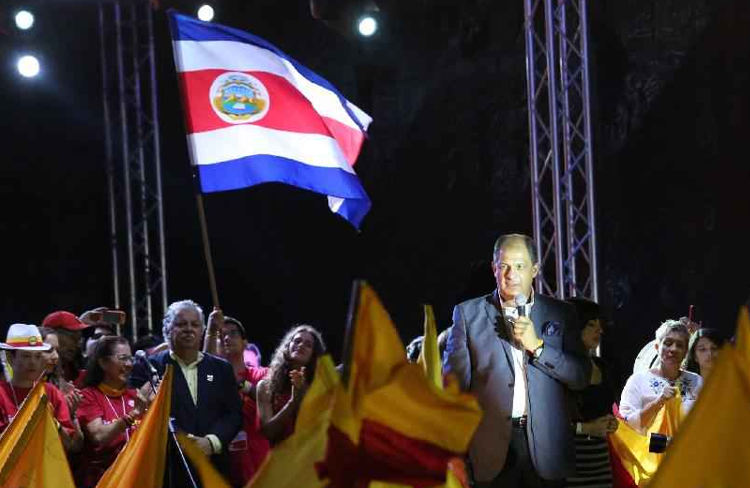 COSTA RICA NEWS – Nothing changes a party — and sometimes a President — more quickly than winning an election. Earlier than expected, that phenomenon is being felt by President Luis Guillermo Solís’s Citizen Action Party (PAC).

The revolt within his own party against his last-minute decision to keep the police intelligence agency DIS has isolated the President, at least on this issue and has broken the normal “honeymoon” that follows the inauguration of a new President and his party with the opposition in the Legislative Assembly.

One cannot help but ask “who’s in ruddy charge here?” Arguably, the current lawmaker Otton Solís, the most active of PAC’s founding members, has always looked as immensely powerful within the party, often keeping that political group honest and faithful to its founding virtues of not giving in either to corruption or to political expediency.

In fact, that has in many ways worked against the party, causing the studious, bespectacled Deputy Solis and his intractability to lose members, some of whom had become lawmakers with their own point of view. He insisted that they toe to party line strictly or resign.

Now he is confronted with the new boy on the block, a President with his own ideas. Shortly before his election, President Solis showed independence in deviating from the party line by saying that he would not try to change the concession contract for the new Limón container port.

Now, the same President at the last moment and seemingly without consulting his party, decided to save DIS and, more, to place an old crony, Mariano Figueres, in charge. Was the move just to give an old friend a job, even though he had promised his party that he would name Figueres to no government job? If so, that is curiously like “politics as usual” that PAC has tried to avoid.

On the other hand, it is inevitable that the President is going to have to shake a certain amount of PAC’s rigidity. During the Arias Administration (2006-10) Otton Solis, during his first term as lawmaker, led a crusade against the Free Trade Treaty (CAFTA) with the United States.

When the issue narrowly won in the first plebiscite in the nation’s history, Otton Solis turned the congressional floor into a battlefield by trying, through a sort of scorched earth retreat, to defeat any of 19 bills to change Costa Rican law into something that would allow CAFTA to live comfortably with local law.

President Arias had a bare 38-vote coalition to pass those law reforms and spent two years doing so — the defeat of any one of them could have turned CAFTA into a meaningless piece of paper. But Oscar Arias held the coalition together until every last reform had been approved — a masterful exercise in political maneuvering.

The result was that PAC became the “party of NO,” a negative image that seemed to be thumbing its nose at the will of a nationwide vote of the people and a party with a death grip on the past. Even worse for lawmaker Ottón was that none of the disasters that were supposed to befall the country if CAFTA went into effect came to pass.

To be fair, some of the more extravagant benefits promised for the free trade treaty also did not come to fruition either. This is to be expected when a hot issue drags on in a congress.

But that begs a question — with unemployment at the 10% level and not declining and multinational companies leaving, can the left leaning PAC’s President please the party by continuing suspicion of business and international business? Before the international economic downturn, President Oscar Arias had unemployment at a happy 4.6% through the opening of business and the happy coincidence of a construction boom sparked by U.S. customers for homes.

With the wealthy in Costa Rica reluctant to invest in their own country, how is President Solis expected to lower unemployment without foreign business? And if he is business friendly, will he be considered a traitor by his own congressional delegation?