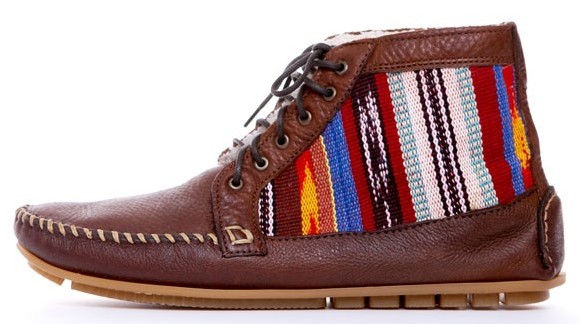 In 2012 footwear exports generated $35 million, though at the end of 2014 this figure recorded a reduction of $4.2 million. The opposite has occured with imports, which between 2012 and 2013 amounted to $143 million and in 2014 increased by $7 million, according to figures from the Bank of Guatemala (Banguat).

Foreign trade expert Enrique Lacs, told Elperiodico.com.gt that “… The main problem is the practice of triangulation. Footwear enters Guatemala under the category of American origin when it really comes from China. It is illegal and against the Free Trade Agreement with the United States. This problem is not new and warnings were given about it years ago. ”

José Manuel Tojín, president of the Union of Footwear and Associated Partmers with the Chamber of Industry Footwear, added “… the US uses a tariff item to send shoes which have allegedly been worn, but actually are new and come from Asia. This impacts domestic producers, as does invoicing shoes for a value less than their real worth. This makes the taxes and costs paid less and the price reduction affects the formal sector. ”

Today, Tuesday, June 8, only ODDS can circulate. The measure is countrywide and applied between 5:00 am and 9:00 pm, save for those under the...
Nicaragua