Fire burns US Embassy entrance in Tegucigalpa amid privatization protests 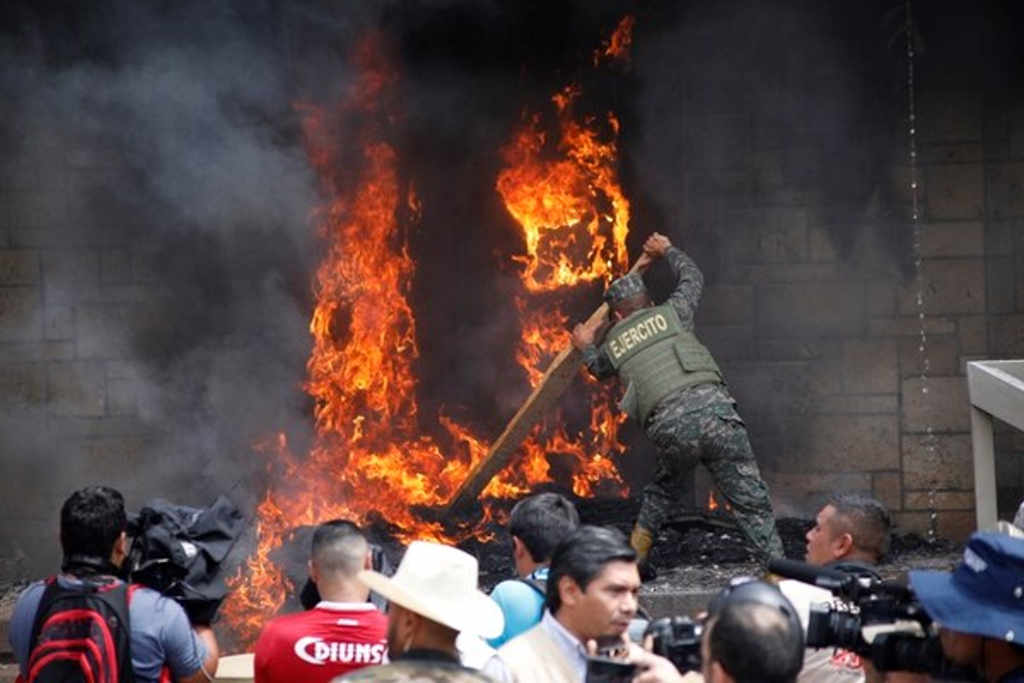 Tegucigalpa – A group of hooded men on Friday reportedly set fire to the main entrance of the U.S. Embassy in Honduras,  located in the northeast of Tegucigalpa, during a massive protest against education and health reforms.

When firemen arrived to put out the fire when the embassy’s iron gate had been practically destroyed, without causing damage to the solid concrete structure of the walls of the building.

During the incident, no police evidence was observed outside the diplomatic headquarters.

The protest was organized by groups of doctors and teachers, with the support of students. 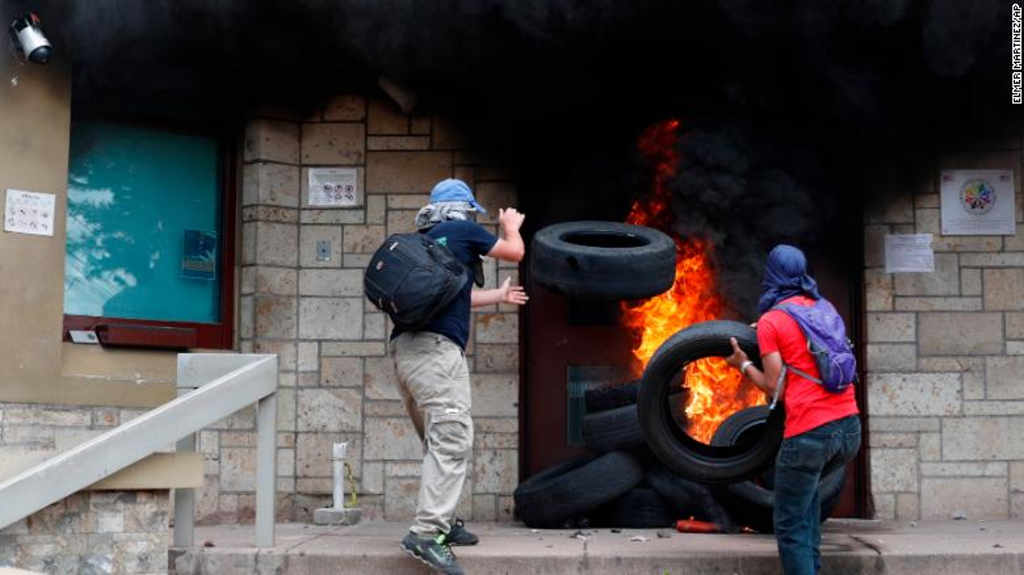 The day before, US Ambassador to Honduras Chargé Heide Fulton issued a statement urging Hondurans against acts of violence.

Thousands of doctors, teachers, and students took to the streets Friday to demand the government of Juan Orlando Hernandez repeal two decrees that, in their opinion, privatize health and education services and facilitate mass firings in those sectors.

Some 10,000 protesters left the Jesús Milla Selva Institute in the Kennedy neighborhood, east of Tegucigalpa, and had advanced half a kilometer when they were attacked with tear gas by police. The demonstrators regrouped and advanced towards the Morazán Boulevard towards the OANUDH building.

On Thursday, the protesters went to the capital’s airport, where they were attacked with gas, forcing the suspension of international flights for hours.

In a security alert on the embassy’s website, family members of US government employees in the country were instructed to stay home on Friday.

It’s not entirely clear why the US Embassy was targeted on Friday and the embassy did not immediately respond to a request for comment.