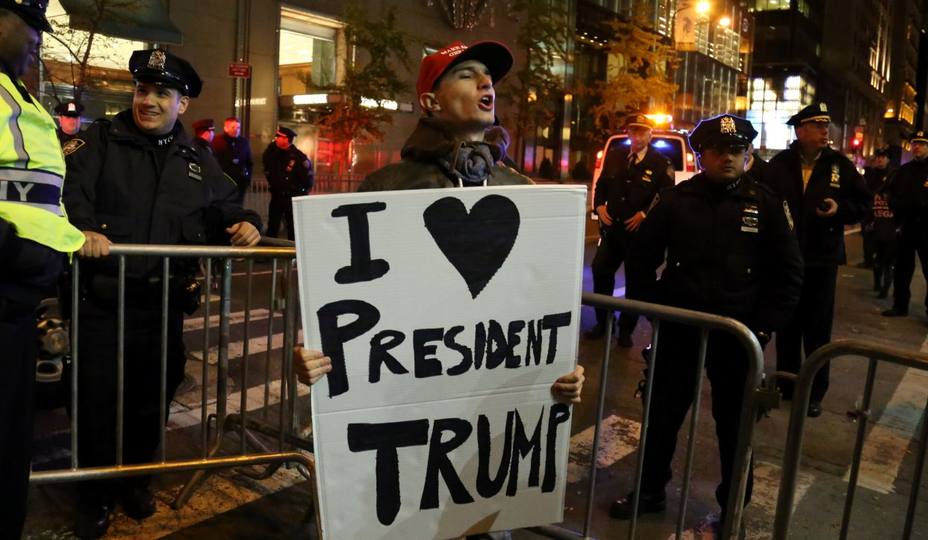 TODAY VENEZUELA NEWS – The election of Donald Trump as US president has sent shock waves around the world. The change in the White House is being followed with interest globally given its political, military and economic weight and the effect of its policies on other nations.

Trump has pledged measures on illegal immigration including banning or deportation of Muslim immigrants and building a wall on the Mexican border to be financed by the US and reimbursed by Mexico. Such contentious issues won over to his side many white middle class voters affected by jobs lost through relocation of companies to Mexico, China, India and other countries benefiting from free trade agreements, and by the growing presence of Latin American immigrants who cheapen labor costs in industries and services.

As noted economics commentator Martin Wolf argues in his column in the Financial Times, this is a case of ‘pluto-populism’: “the marriage of plutocracy with rightwing populism.” Wolf added, quoting Robert Kagan, that Trump is the monstrous result of the GOP’s “demonization of political institutions, its flirtation with bigotry and its ‘racially tinged derangement syndrome’ over President Barack Obama.”

What’s in store for Latin America?
What will the incoming administration of president-elect Donald Trump’s Latin America policy be like in the overall context of the Obama administration’s policy of rapprochement with Cuba, the economic aid plans for Central America and the Caribbean, and more recently the strengthening of political and economic relations with Argentina and Brazil?

Two lines of action in this area were defined in the campaign: namely a new immigration policy and a revised Nafta and similar bilateral agreements, and respect for the decision to reengage diplomatically with Cuba, but reviewing recent trade policy decisions.

In this context, it is especially relevant to consider relations with Venezuela, which were severed in 2008 after Chavez expelled the American ambassador to Caracas in solidarity with Bolivian President Evo Morales, who allegedly was the victim of a plot by the US to assassinate him.

Venezuela is then the only country in the region that over the last few years is subjected to recurring tensions with the world’s largest power; still the United States remains Venezuela’s main trade partner.

After attempts at dialogue that did not lead to the full restoration of diplomatic relations, in December 2014 US President Barack Obama signed into law a bill authorizing him to impose sanctions against those Venezuelan officials who were involved in suppressing the series of widespread anti-government protests that erupted in February 2014, which led to months of violence and left 46 people killed and hundreds arrested, with some later freed or released on bail conditions. Based on that law, in March 2015, Obama issued a new Executive Order declaring a national emergency with respect to the “unusual and extraordinary threat” to the national security and foreign policy of the United States posed by the situation in Venezuela.

The Venezuelan government began an international campaign that was echoed in several Latin American countries, underscoring the possible scope of a decision that, while only applicable within the United States against seven Venezuelan officials for their alleged role in human-rights violations, could be directed against the Venezuelan economy or might even serve as a pretext for military operations.

In recent years, the United States has declared similar states of emergency in countries affected by armed conflict like Ukraine, South Sudan, Central African Republic, Yemen, Libya and Somalia, which might force a kind of “legitimate interference” by US forces. Despite the Venezuelan rejection and Obama’s own statement that “We do not believe that Venezuela poses a threat to the United States, nor is the US a threat to the Venezuelan government,” the decree was ratified in January of this year.

While the Obama Decree has had no major consequences, it hangs as a sword of Damocles over Venezuela, the only country in the region in such a situation. For as long as the decree is in effect, it will breed widespread distrust among international investors and companies negatively impacting the confidence in the security of their business in this country. Further factors remain the warnings from rating agencies of a probability of default on external obligations and the closing of government’s foreign currency accounts by important banks.

In this context, it is understandable that a new hard-line Republican administration in the United States is giving rise to concerns about heightened levels of conflict in bilateral relations that in recent years have plunged to their worst level.

During a campaign event held in Miami on September 7 with a view to attracting the Latino vote, Trump said Venezuela has been run into the ground by socialists, and vowed that he would stand with the oppressed people of Venezuela yearning to be free. In August, asked about the Venezuelan situation in an interview with the Miami Herald, he said: “Their leaders are not very friendly to our leaders. But, of course, our leaders don’t get along with too many people.”

About the late Venezuelan President Hugo Chávez he said: “He had some feelings, some very strong feelings, and he did represent a lot of people, and he represented a lot of people that had been left behind.” The unpredictable president-elect prompts uncertainties and fear over the implications of his decisions. To paraphrase renowned British journalist John Carlin, we could almost say that the American electorate has put a madman in charge of the asylum.

QCOSTARICA - From the gallows humor department is the...
Reports