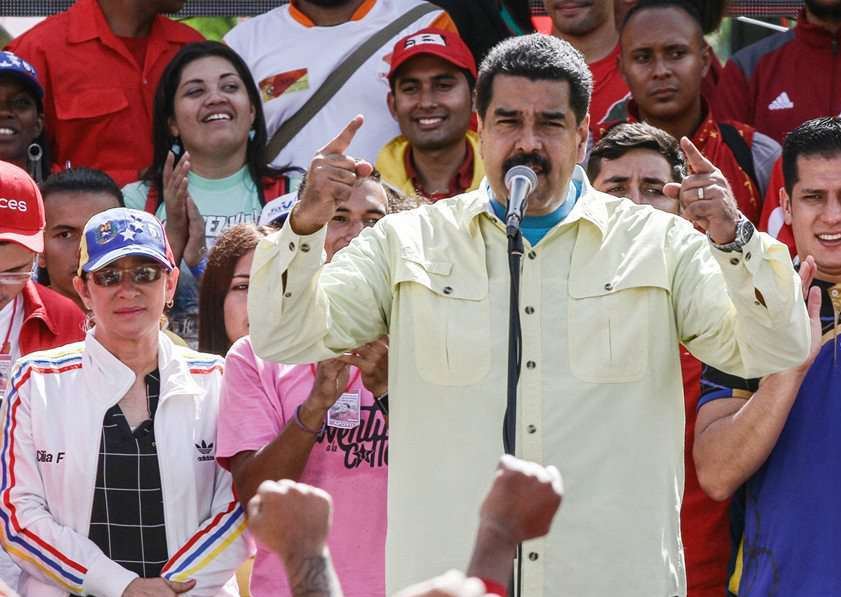 Venezuelan President Nicolas Maduro (C) delivers a speech during a rally in Caracas, Venezuela, on June 1, 2016.

The governing left-wing alliance in Venezuela, known as the Great Patriotic Pole, denounced a “U.S. re-colonization plan” in Latin America on Monday.

“Faced with this growing interference, we will not hand over our resources or our nation. Fascism will never come to Venezuela,” ruling Socialist Party official Blanca Eekhout said at a press conference.

The alliance has been vociferous in its criticisms of Luis Almagro, secretary general of the Organization of American States (OAS), for his stance against Venezuela.

Almagro last week called for an urgent meeting of the organization’s permanent council to debate the political situation in Venezuela and suggested the bloc’s Inter-American Democratic Charter be applied to Caracas.

If this is approved in a meeting, which is set to take place on June 10-20, Venezuela could be suspended from the OAS.

Eekhout said the left-wing parties had come together to “prevent” an eventual “intervention” in the South American nation, and referred to the fall of left-wing governments in Argentina and Brazil as an example.

Also on Monday, the Venezuelan government condemned the U.S. State Department for “defamatory statements” made in its 2015 terrorism report.

In its Country Reports on Terrorism 2015 released on June 2, the U.S. State Department accused Venezuela of having the right environment for terrorist groups to flourish.

The groups listed included the Revolutionary Armed Forces of Colombia and the National Liberation Army, which have waged a guerrilla warfare in Colombia for decades while allegedly operating from bases within Venezuela. 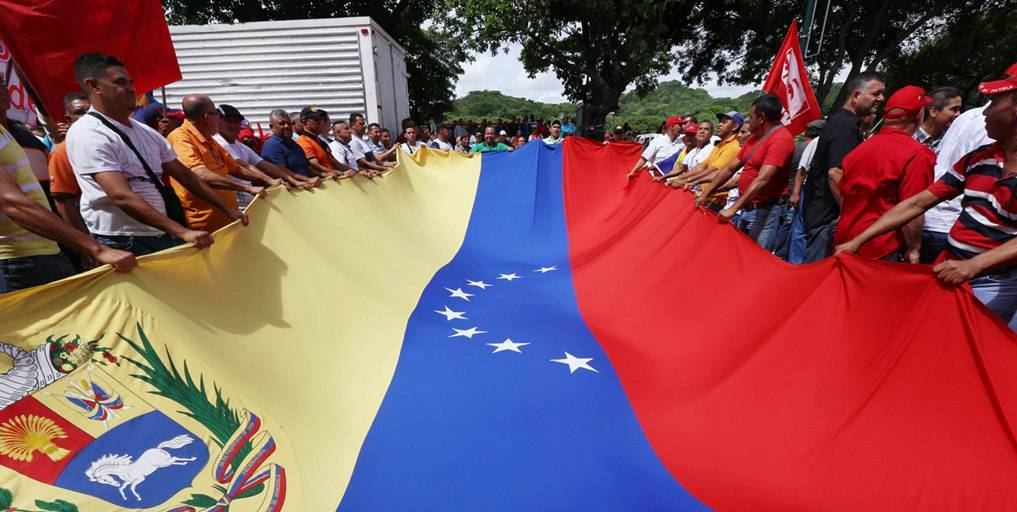 People hold a giant national flag of Venezuela during a demonstration to support Venezuelan President Nicolas Maduro’s government in Caracas, Venezuela, on May 31, 2016.

The U.S. report also accused Venezuela of helping sympathizers of the Basque group ETA and the Lebanese Islamic group Hezbollah.

The Venezuelan Foreign Ministry said on Monday that “the United States has no mandate to evaluate sovereign states on any matter, including terrorism.”

“Venezuela condemns all forms of terrorism, including state-sponsored terrorism, and reaffirms that Venezuela is free of this scourge,” said the ministry in a press release.