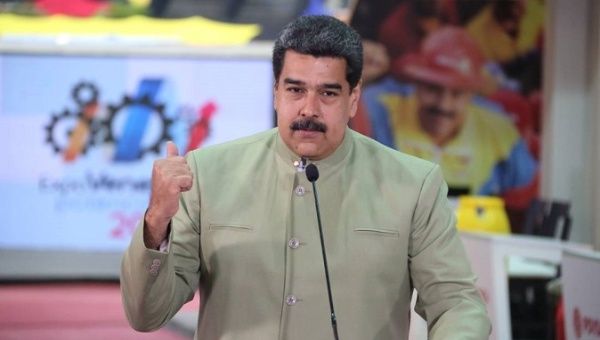 Venezuela’s President Nicolas Maduro announced Thursday that he has spoken with his Panamanian counterpart, Juan Carlos Varela, to establish a commission of foreign ministers to resolve the diplomatic issues between their respective nations.

Maduro told a press conference that Venezuelan Foreign Minister Jorge Arreaza and his counterpart in Panama would together draft a report on the situation to be discussed.

A statement by Venezuela’s foreign ministry said the two nations are agreeing to work to “reestablish the presence of ambassadors” in each country, “reestablish air transport” and “maintain open and respectful diplomatic dialogue.”

In March, Panama accused Maduro and about 50 Venezuelan individuals of corruption and labeled them ‘high risk.’

Venezuela proceeded to cut ties with several Panamanian officials and companies, including major airline Copa, for alleged involvement in money laundering and corruption.

At the time, the Venezuelan government said they represented “an imminent risk to the (Venezuelan) financial system, the stability of commerce in the country, and the sovereignty and economic independence of the Venezuelan people.”

Panama withdrew its ambassador to Venezuela immediately after, effectively ending bilateral ties between the nations.

The brief halt in relations has greatly affected air travel in and out of Venezuela: Panama acts as a major connection point for international flights in the region.

QCOSTARICA -  In the worst of the rainy season,...
Politics